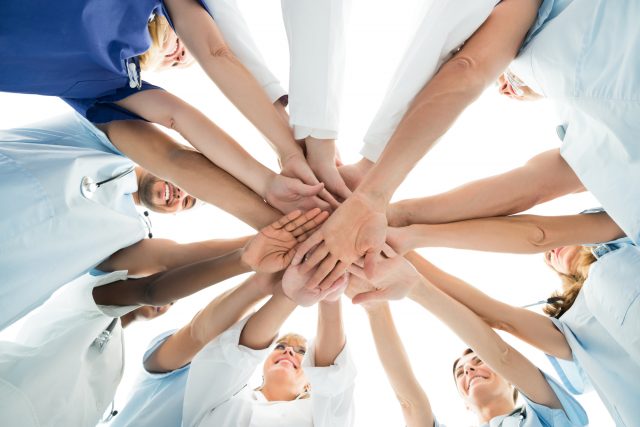 The single most powerful word in our democracy is the word We.

We The People.
We Shall Overcome.
Yes, We Can.
That word is owned by no one.
It belongs to everyone.

We will start with a thought activity.

For a moment, reflect on a time when a sports team – any that you care to think of – defied the odds. Perhaps a team that won a particularly high stakes match, or went into uncharted territory by winning a competition. Or despite having no individual star players became a team that avoided relegation when all the outsiders had written them off.

This team may be one that you have been part of, and experienced yourself as an insider, or observed from afar.

Example teams might include the All Blacks Rugby Union Team (and their enduring success) or Leicester City Football Club winning the English Premier League in the 2015/2016 season.

Why did your team achieve the unexpected? How did they do it? What is it about this team that drove their capacity to win and re-write history?

Now try this thought activity again, but this time reflect on a team which significantly and unexpectedly underperformed. Perhaps a team that lost a match no-one thought that they would, or a team that went from the heights of success to the doldrums of despair.

Once again, this team may be one that you have been part of, and experienced yourself as an insider, or observed from afar. Maybe you can think of a big name football team that was beaten by a small and lowly-ranked team in a “giant killing”.

Why did this team underachieve so unexpectedly? How did they fail to meet expectations? What is it about this team that curtailed their capacity to win?

You now have two teams in your mind. Take a moment to consider what distinguishes between their respective success and failure…

A primary reason why the first team you thought about was able to achieve the seemingly impossible is through togetherness. In teams that are together:

The exact attitudes and behaviours listed above are not seen in teams that lack togetherness.

This sense of profound togetherness is not exclusive to sport, of course. It can be seen in symphony orchestras who are in perfect harmony, in West End theatre performances that ooze connectedness, in police firearms units that trust one another wholeheartedly, and in scenes of Hollywood blockbusters where actors feed off one another, continually raising their game for themselves and others.

The challenge of every team is to build a feeling of oneness, of dependence on one another.

I’ve been intrigued by, and researched, the idea of togetherness for almost ten years now, and in this book, I share the key insights I’ve picked up along the way. Everything from the academic research I’ve read and been involved with, to the sport and business organisations I’ve worked with and observed, to the insights gleaned from experts on togetherness and high performance.

In business too, teams win the sales pitch, but teams with togetherness top the annual income/profit rankings and make history.

This book paints a picture of how you can develop togetherness in your team. The journey starts with an understanding of the science underpinning togetherness and how it can drive high performance and well-being simultaneously. We then move onto practical tips and activities based on the 3R model (Reflect, Represent, Realise) that you can learn and complete with your team to unlock their togetherness. Enjoy the journey!