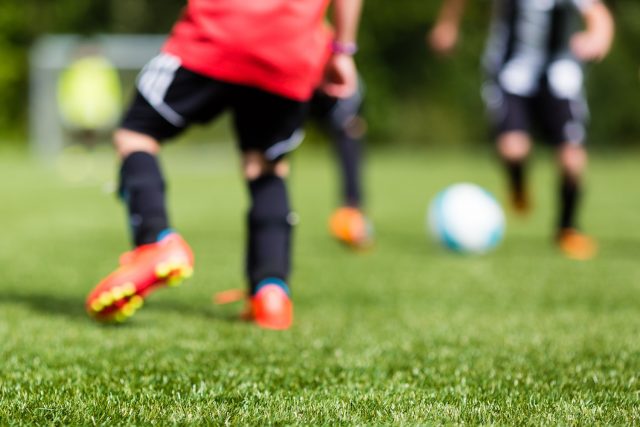 The pre-season for any soccer coach is a hugely important time. It’s the period when plans for the season are mapped out and early actions undertaken; these include player selection, tactical developments, playing style (and philosophy), squad fitness, and more.

Below is a short extract from the opening to Vasilis’s book: Pre-Season Soccer Training: A Seven Week, 50 Session Guide to Building For The New Season

Based on players’ goals and capabilities, my aim as a coach when I developed the program was to create a team that attempts to play fast aggressive football, which dominates on the pitch, and which presses the opposition a lot. For this reason, two formations were chosen and developed – a 1-4-2-3-1 and a 1-4-3-3; a 1-4-4-2 diamond was also utilized sporadically.

These formations combined mobility and created width. They were used to create space, and enable the participation of a good number of players in the final phase thanks to the exploitation of full-backs as an extra player in the play’s build-up. The use of set pieces, and the creation of shots, are elements that will be emphasized, due to the characteristics of the team’s players. In defense, my focus was on direct and constant pressure on the ball holder, the diagonal cover of teammates, the short distance between the players and the lines, and player communication; indeed, these are the basic elements that we will work on. A lot of attention will be given to defensive marking in the static phases and proper placement in the penalty area when we make crosses from the side. Defensively and offensively, the team will try to exploit players’ capabilities in 1vs1 scenarios, and we will aggressively try to bring the three players behind the No 9 into the penalty area through combined mobility, and back and diagonal passes.

The sessions are daily, some are duplicated (weeks two to five), there is a friendly match every Saturday, and each Sunday offers a day off for rest.

At Bennion Kearny, we have two books specifically aimed at the pre-season period.