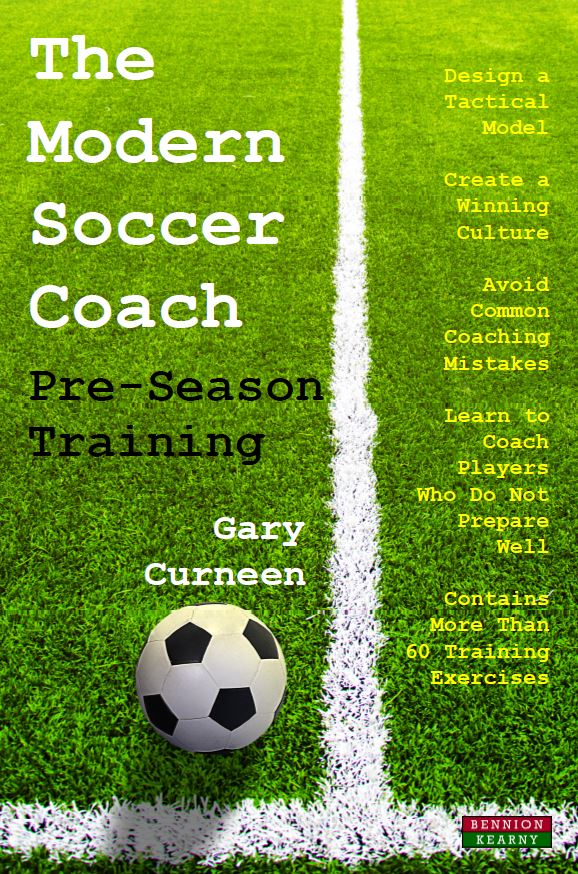 When it comes to building successful soccer teams, pre-season is a critical time. It’s the perfect time for the coach to create a team identity, set standards, develop effective training habits, and reinforce winning behaviors. Get it right and you can set the foundation required to catapult your team towards an excellent season. Get it wrong, however, and your season might never recover.

This book looks at how pre-season has changed over the past 10 years, and offers ways for coaches to adapt their work and methods to deal with these changes accordingly. Pre-season is about much more than fitness testing, long-distance running, and grueling physical work. “The Modern Soccer Coach – Pre-Season Training” looks at new, innovative ways to engage players so that they want to train at the maximum every day, and push towards new limits for the new season ahead.

Aimed at soccer coaches of all levels who work with players of all age groups, this book focuses on maximizing every minute you have with your team to help them prepare to set the highest of standards for the season ahead. The book offers a unique insight into how the best coaches in the world are preparing their teams from day one.

With over 60 training exercises designed specifically to challenge your players to their maximum physically, technically, tactically, and mentally, this is pre-season training like you have never seen it before.

> Design a tactical model that suits your team specifically

> Create a winning culture centered around hard work and commitment

> Understand common coaching mistakes and how to avoid them

> Develop training exercises designed to meet the demands of the game

> Learn how to coach players who do not prepare well

Gary is also the author of the book: The Modern Soccer Coach: Position-Specific Training