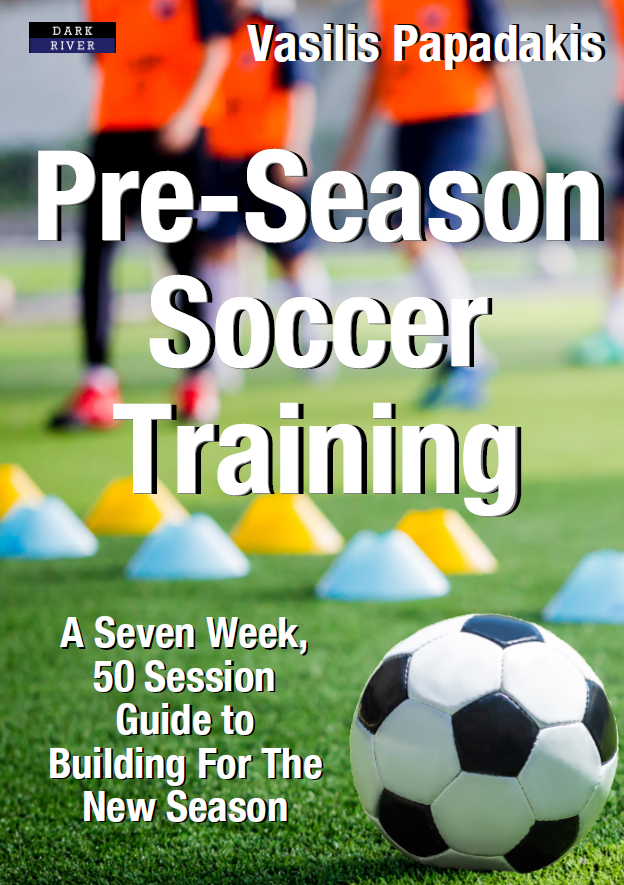 The pre-season is often the time that readies a soccer team for success. Get pre-season right and a team hits the ground running; they mesh as a unit, find their rhythm, and win matches. Get pre-season wrong, however – due to unfit, tactically unsure, or out-of-form players – and it can be very hard to turn things around.

Vasilis Papadakis is a UEFA A coach, Head coach, and Academy Technical Director of Panakrotiriakos F.C. For the 2016/17 season, he was head coach of Paleochora F.C. – the year they were league winners in their Greek Football League. In Pre-season Soccer Training, Vasilis shares the entire 7-week pre-season programme he used with his team in that championship-winning year.

Pre-Season Soccer Training covers the key elements of pre-season training including fitness drills, tactics, team understanding, skill development, set pieces, and transitional play. Using more than 165 illustrations, over 50 sessions, this book will help coaches of all levels to learn what a tested and effective pre-season can look like. The book is based on the current know-how and coaching being taught in UEFA classrooms, and sessions can be tweaked based on the age and experiences of your players.