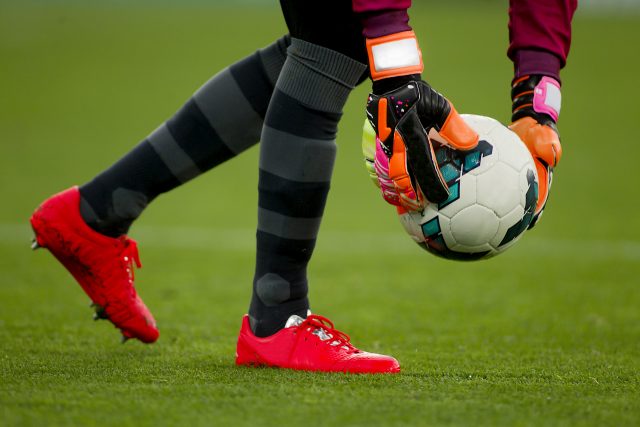 [This short excerpt is taken from Scientific Approaches to Goalkeeping in Football: A Practical Perspective on the Most Unique Position in Sport [Second Edition] by Andy Elleray]

I’m going to mention a few elements that are very exciting in the world of goalkeeper development (some of which I predicted six years ago!). Some food for thought as to where the role of the goalkeeper is currently at, and where it might go.

This is an example of a team that uses their goalkeeper in a very pro-active and positive playmaker position within their tactical approach. A club which is using this approach regularly is Hamburg in Germany through their exuberant goalkeeper Julian Pollersbeck. By being in this position, he is very much connected to the team and his positioning effects the advanced positions and forward movements all players can take, Of course, this comes with an element of risk, so be wary when potentially exposing players to this and manage expectations as they will get it wrong!

The above image shows how the goalkeeper can start and change the point of the attack; a fundamental requirement, moving forwards, for the goalkeeper in possession of the ball.

Supporting away from the ball, or ‘far side’, increases the goalkeeper’s options to pass out, and gives them more time on the ball to move opposition players to create space. The goalkeeper wouldn’t take up this position, however, if there was another opposition player in between the two centre backs. Key things to remember:

> Support away from pressure and early

> Body position to receive – see ball and next pass

> Think, ‘how can I give myself time and space to play?’