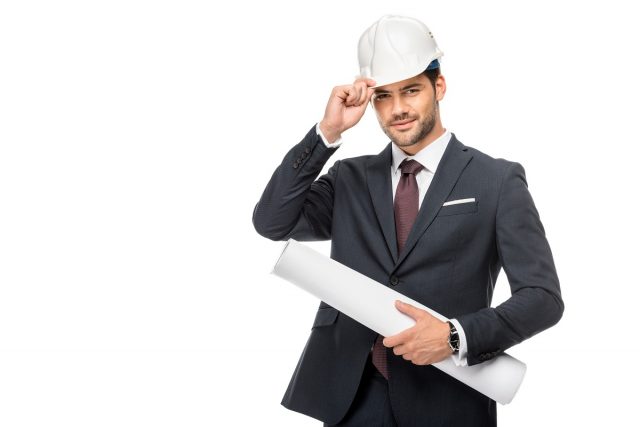 Once you have completed a course of study, you will hopefully find employment with a contractor or private practice and begin your quantity surveying career. You may find yourself with the title of either trainee or graduate QS. If you have already had a bit of experience in the role or in life in general, or have transferred from a similar discipline, you may earn the title of assistant QS. You’re well on your way to being a fully-fledged Quantity Surveyor.

You will probably find yourself doing some of the donkey-work. This might involve taking off quantities from an architect’s drawing, e.g. measuring the floors, walls, or ceilings, to help make up a bill of quantities, which forms an essential part of the tender documents that building work is priced on. The bill of quantities, often abbreviated to BOQ, contains a breakdown of the individual components that make up that particular building. It will state, in metres squared or linear metres, how much brickwork there is, how much plastering, how many doors, windows, etc, for everything from the footings in the foundations to the ridge of the roof. You’ll get some exposure to life on site to build up your construction knowledge, and you’ll attend pre-start and progress meetings to get used to the communication side of things (meeting the client, architect, and other stakeholders in the project).

[This article is from The Quantity Surveyor’s Bible.]

You probably won’t be expected (or encouraged) to say too much at this point. Instead, this is your opportunity to listen and learn. One important thing to mention here is that, ultimately, we are employed in the construction industry. As important and interesting as this industry can be, it is populated by normal people, with buildings being ultimately constructed by your average person, e.g., bricklayers, plumbers, electricians, painters and decorators and the like. We’re not rocket-scientists, and we’re not saving lives. In other words, there’s nothing being said or done that is outside an average person’s understanding. So, keep calm, and don’t feel the need to make a contribution just for the hell of it. You have permission, at this stage of your career, to sit back and observe. Everything learned will ultimately serve the surveyor that you’re going to be, but you’re not there yet, and nor will anyone expect you to be. Just relax, enjoy the ride, and soak up as much information as you can. Your time will come, believe me, and people always appreciate a calming influence at the table. No-one likes a bull in a china shop.

How long will your training last? When will you step up from trainee or graduate to assistant, and from there to fully-qualified QS? Well, the answer to that is up to you, and also up to your employer to some extent. The latter might not recognise your inherent skills, or your frustration at performing a role that you feel you have outgrown. In that case, you need to speak up for yourself. It’s communication, remember. You’re also displaying your skills of negotiation. You need that too. Ultimately, you’re showing them that you have what it takes to be a QS. You’re demonstrating the very attributes that you’re asking them to recognise.

Eventually, as a result of getting a few years of experience under your belt, or some further qualifications or RICS membership, you’ll lose the tag of trainee, graduate, or assistant, and you’ll be a Quantity Surveyor. As long as you can do the job, you’ll get there in the end. If you’re a trainee at 20, you should be a QS by your mid-to-late twenties. If you’re a graduate, with a degree or HND, at 21, I’d say you’d be an assistant at 23 and a QS at 25. Basically, unlike me, if you start early, you should be there by your mid-twenties. If you’re a late starter like me (mid-twenties) then you should be there by the time you’re 30. Feel free to start later, or change careers, and you’ll still get there eventually. The important thing is, a winner sets their eye on the prize and focuses until they get there. If you want to be a QS, and you’re good at maths and you understand construction, then you will get there. And all the better if you can communicate effectively, because (as mentioned previously) I believe that is fifty percent of the job.

Should you choose to go the route of the RICS, then you will have to face an interview and sign up for CPD – Continuing Professional Development – keeping abreast of changes in the industry (which we all do anyway) and being ‘up’ on the latest legislation. The RICS interview is known as the APC, which is the Assessment of Professional Competence. It’s all in the name, really. Typical questions could be ‘Outline the function of feasibility studies on projects’, ‘How do you value variations against a schedule of works’, or ‘What do you do if the lowest tender is also the lowest quality in terms of specification?’ Remember, you’ll be sitting in front of a panel of experts at this point, so both your knowledge and communication skills will be to the fore. I’ll attempt my own answer to those questions at the end of this chapter.

Finally, in terms of qualifications, I’d just like to add one further thing. If you go to your local Yellow Pages and find the entries for Quantity Surveyors, you may see that a sizeable proportion of people listing themselves as QS’s have certain credentials following their names. They may be BSc, or RICS, or FRICS, or MCIOB (Member of the Chartered Institute of Builders). Probably about half of them will also include LLb. This is a law degree. Why the close relationship between law and quantity surveying? Well, as part of any QS study course, you’ll acquire a basic understanding of Common law and a more in-depth understanding of the Law of Contract. After all, buildings are built to a contract. The most basic form of contract is a simple handshake, but most construction projects require a little more than that.

When things go wrong (which we’ll look at in more detail a little later), things can get ‘contractual’. At that point, whether you’re going to mediation, arbitration, adjudication, or even litigation (i.e. court), you’ll need an understanding of contract law. Many QS’s are now employed in the growing field of Claims Consultant, dealing with contractual claims. Maybe all of your jobs will run smoothly. Maybe all of your clients will be non-confrontational. But maybe not. Enjoy your module in Contract law. I know I did. And please pay attention in class. You may just need to call upon it more than you thought you would.

So, you’re thinking about becoming a trainee Quantity Surveyor?

What qualifications do you need to become a Quantity Surveyor?