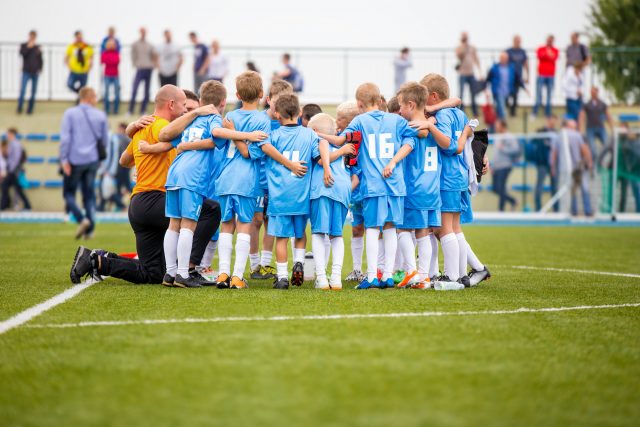 The Power of ‘We’

Football fans the world over refer to ‘their’ team with a “we”. “We won,” “We lost,” “We played well,” etc. This is not just supporters that go to the stadium and watch the games live, or who travel across country and continents to watch ‘their’ team play. This will include supporters from all over the world who may never have even visited the team’s city or country, let alone have the opportunity to see the team play in the flesh. They may not even speak the language of the team they follow, but they speak in the club’s language – the ‘we’.

Big European clubs are very conscious of this and now tour the US and Asia to further promote their clubs – to increase the feeling of ‘we’ around the world. Although clearly with a marketing and money-focused objective in mind, clubs travel to new and foreign lands in the hope of exporting their brand. In 2019, Juventus exchanged their traditional black and white striped jersey for a half-and-half version as they felt that US supporters associated the former with a referee’s uniform, rather than a sports kit. Real Madrid removed the Christian Cross from their crest on branded clothing sold in the Middle East to attract more Muslim followers.

Whilst such actions seem trivial and often too money-minded, the impact of symbols like kit and the club crest’s (or national emblems) are powerful. The wearer becomes identified as part of a distinct group, making many feel special.

Now, the normal youth coach will have no concern with marketing or exporting their team around the world, but it is certainly worth looking at what makes players in your team identify with the team. One of the most exciting days in pre-season with youth players is when new kit is distributed. There is pride in the badge and pride in being a part of a group. The ‘uniform’ unifies players with each other and the coaches, naturally promoting a togetherness amongst those who wear the same colours. It gives them a group and social identity, connecting them to each other. The group changes from a me, me, him, and her… to we and us.

Boys, I don’t want to talk too much. We all know where we are. We all know what we want. We all know how far we have come. We know it in our hearts, in our eyes. I can see it boys, we are concentrated. We cannot forget. Maybe I am repeating myself. We are 90 minutes away from possibly making history. 90 minutes. One match. One match. I don’t know how many matches we have played in our careers, but this is one match that changes everything, that changes all of history. There are two teams; there is one trophy. For them, it’s the same; they want it. We know we lost a final [Euro 2016]. We know it. We feel it here [points to his heart]. It’s still in our heads. Today we are not going to let another team take what is ours. Tonight, I want us to be in the memory of all the French people who are watching us, their kids, their grandkids, even their great-grandkids. I want us to go on the pitch, as warriors, as leaders.

In Togetherness: How to Build a Winning Team,[1] Dr. Matt Slater studied the above speech from Paul Pogba. In a speech lasting less than a minute, the French international used the word “we” every four seconds – 16 times in total. He used the “we” in terms of him and his teammates, but also referred to the national “we” – the French people as a whole – and their kids, their grandkids and great-grandkids.

For the youth coach, using language associated with ‘we’, like Pogba, can give a unifying effect. Many books, blogs, and posts you read surrounding youth sport will tell you that coaching kids is about them, not about the coach. It is quite common for coaches to take credit for successes (‘I’ told them to do that, they did what ‘I’ asked, they followed ‘my’ tactics) and distance themselves from defeat or poor performance (‘you’ were poor today, ‘you’ need to improve, ‘I’ don’t run this team for ‘you’ to play badly). Players, at any age and at any level, need to know that you, the coach – as leader – are with them, not just in the good times, but during difficult ones as well. It builds trust when you stand side-by-side with players regardless of the level of the result or performance. In the It’s Your Game segment at the end of this chapter, much-travelled coach Matt Ward (@mattwardy1) tells us how he worked to build this trust with a very destitute group of players in Ghana.

The Wales national team, accustomed to not even qualifying for major tournaments, reached the semi-finals of Euro 2016. This included the knock-out defeat of highly fancied Belgium along the way. They are a wonderful example of investing a lot of time and effort in their identity and togetherness.

They heavily used and promoted the concept (and hashtag) of #TogetherStronger. The team itself contained superstar Gareth Bale, and now Juventus midfielder Aaron Ramsey, but below them, the squad was made up of – in the most respectful way –unfashionable players. Striker, Hal Robson-Kanu was even without a club at the moment he swivelled and scored a wonderful goal in their unexpected victory over the Belgians. The nation bought into their #TogetherStronger mindset, the players did, the superstar players did, and the coaching staff did. Wherever the team went, the hashtag followed – and they believed in it.

At the time of writing, three years after their successful European Championship campaign, a quick Twitter search of the #TogetherStronger hashtag, revealed its continued use by Wales Football. There were posts about the country’s crest, the traditional dragon and daffodil emblems, and the national team motto ‘Gorau Chwarae Cyd Chwarae’ (The Best Play is Team Play). It was used when announcing their national Under-15 squad and for the Cardiff Met University Women’s team. It is all-encompassing and aims to unify and solidify all members of the game in Wales – the clubs, the players, the superstars, the youth players, the women’s teams, the supporters, and the entire country.

Identity is something that is very individual to your team, club, or group. You may be coaching at an iconic club where the traditions and history represent it. New players and coaches automatically assimilate to the culture of the club. On the other hand, you may have just started a team with your children and other kids on the street. Or maybe your situation is somewhere in-between. I cannot tell you what your identity should be, or could be. That is something for you, as a leader, to investigate or even invent.

[1] An excellent practical guide to building togetherness within groups.