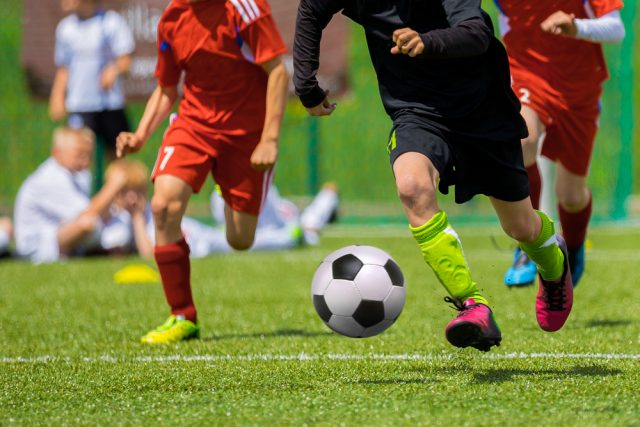 The ability to create goals is a vital part of the modern footballer’s arsenal. Creation is not just in the realm of forward players either. More fluid formations and patterns mean that assists could come from almost any position. While it is typically the goal scorers who are lauded as heroes, they often owe a great deal to their suppliers. Rare is the player who is capable of scoring the magic 20 goals a season without the assistance of teammates. As much as we might dream of the player who scores glorious solo goals – game upon game – only a handful of players in history have been capable of this. We need to create.

The great creators are great decision-makers, comprehending where and when to play just the right pass at just the right time, sometimes using a dribble to entice opponents in and creating the space for their teammates to strike.

Dennis Bergkamp was famed as an assist master. His great skill was in finding a way through an opposition defence, when no way through seemed possible. Pivoting in tight central areas to thread passes through to forwards who were only too grateful to accept their gifts.

While David Beckham’s ability to whip free-kicks over the wall into the top corner undoubtedly helped to create his legend, his ability to pick out a teammate in the penalty area from wide positions also played a big role. Beckham possessed the capability to deliver from almost any position on the right side of the pitch, curving deliveries with the inside of his foot, away from the goalkeeper and towards oncoming strikers.

When Beckham joined Real Madrid, he joined another assist king, Guti. Guti’s gift was to make the goalscoring as easy as possible for teammates, often turning down chances of his own in the knowledge that the chance for his teammate would be even better.

Under Pep Guardiola, Manchester City has sought to make goalscoring as simple as possible by removing the goalkeeper from the equation, picking out players at the far post to sweep the ball into the biggest possible space.

These players and teams are not the only ones who have had the ability to unlock teams; football history is littered with them. Guardiola’s teams are significant because they have a plan around how they will score goals. The objective is to work the ball into areas that increase their chances to score. Guardiola’s teams are built around possession football but most goals are scored in roughly the same way, no matter the style of play. With a one- or two-touch finish within the penalty area, in a zone the width of the six-yard box, and out to the penalty spot. A counter-attacking team will also work the ball into these positions; the difference may be in how the ball gets there.

If we can identify where the assists come from, we can then identify how we get into those positions. The “second assist” or the pass before the assist. A deep cross may be followed by a cutback or square pass. A threaded pass may be followed by a low cross. The zones from which assists occur are where opponents will seek to protect but, in protecting one area, they will become weak in another. The trend, in recent times, has been to pack the centre of the pitch, blocking zone 14 and the half-spaces, making the wide positions increasingly important. As so many wide players now play on opposite or inverted sides, this has meant that attacking full-backs have become an increasing source of assists.

Passes, alone, are not enough either. Movement without the ball makes everything possible. The movement will link with the areas that goals or scored or created. As will movements with the ball.

Football may change again, returning to ‘longer passes into space’ as teams condense their play into one half, leaving space behind them. This tactic is often used by teams who expect their opponents to dominate possession against them. Leicester City, for example, will allow the opposition to dominate possession against them to allow Jamie Vardy the space to exploit his pace. Or even playing long into a static fixed forward, laying the ball off for forward runners. If the game does evolve in this way, then the way in which we practice chance creation will change accordingly.

“In most scenarios, it isn’t the man on the ball who decides where the ball goes, but the players without the ball. Their running actions determine the next pass.” Johan Cruyff