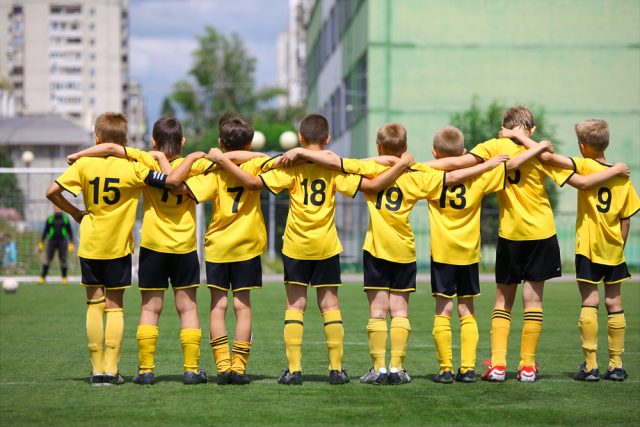 The philosophy of this book focusses on harnessing the power of “us” and “we”. The language we use plays a pivotal role in the development of togetherness. For a moment, let me take you back to the 15th of July 2018. It’s the day of the FIFA World Cup final, to be contested between France and Croatia. The competition will always be remembered for the first use of VAR (Video Assistant Referees) in a World Cup, and also for how many teams with star players (e.g., Germany, Brazil, Argentina) underperformed. In the French dressing room, ahead of kick-off, Paul Pogba addressed his teammates:

“Boys, I don’t want to talk too much. We all know where we are. We all know what we want. We all know how far we have come. We know it in our hearts, in our eyes. I can see it boys, we are concentrated. We cannot forget. Maybe I am repeating myself. We are 90 minutes away from possibly making history. 90 minutes. One match. One match. I don’t know how many matches we have played in our careers but this is one match that changes everything, that changes all of history. There are two teams; there is one trophy. For them, it’s the same; they want it. We know we lost a final [Euro 2016]. We know it. We feel it here [points to heart]. It’s still in our heads. Today we are not going to let another team take what is ours. Tonight, I want us to be in the memory of all the French people who are watching us, their kids, their grandkids, even their great grandkids. I want us to go on the pitch, as warriors, as leaders.”

Put yourself in the shoes of one of the French athletes. You are about to play arguably the most important match of your career. How would you feel after this?

What do you notice about this speech? Does anything stand out to you?

This speech lasted roughly one minute.

That’s once every four seconds.

Pogba was representing the idea that today is about “us” as a group, as a nation. The point here is that leaders inspire and motivate their teams not when they talk about themselves as individuals (e.g., I am your star player), rather when they talk as the voice of the people. They talk for, and on behalf of, their team.

Note, too, that Pogba was not a formal leader of the French team, neither the coach, nor the captain. This is an important point. Anyone can show leadership and engender togetherness as Pogba did, if they are willing to put the team before themselves. This point – that leadership is optimised when it is shared – is supported by academic research.[19]

To bring this point home, reflect for a moment on the team that you currently work with. Think for a while about the individuals that you would consider to be leaders in your team. It’s likely that you believe other athletes, as well as the captain, show leadership. Sometimes you can spot these leaders emerging, whilst sometimes they surprise you.

Today, we are not going to let another team take what is ours.