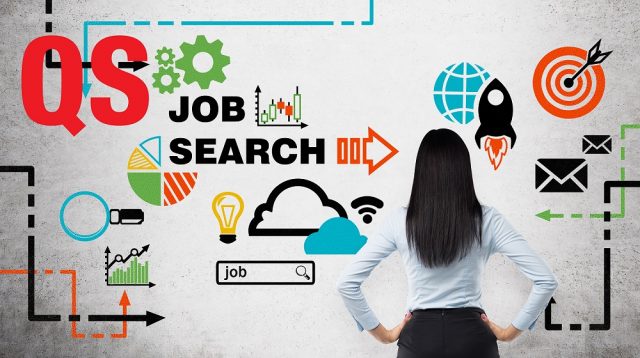 I have a BTEC HND in Quantity Surveying and an NVQ Level 3 in Surveying Support. I also have 20 years Quantity Surveying experience, and a Master’s Degree in Writing. The more educated amongst you may question my qualifications to write a book like this. I would only answer, as stated earlier, that not everything that counts can be counted. This is my QS story. You can always write your own.

I was 25 when I decided to embark on a career as a QS (I had already spent five years working in the building industry at that point, working as a labourer, and then as a roofer’s mate, then as a roofer, but I wasn’t very good working with my hands). One day, frustrated with my lot, I asked a colleague on site who the bloke wearing the tie was, the fella walking around the building site talking to various trades-people, the foreman, etc, and heading in and out of the site office. I was told that he was the Quantity Surveyor. What’s one of them, I wanted to know. I was told that you had to be good with numbers and you had to understand construction. I thought, I can do that, so I set my mind to the task.

I spent a year in college doing a BTEC Foundation course in Construction which served as my access route into university. Then, as I was already in my mid-twenties, I decided to go for an HND rather than a full degree. It was two years full-time at university. With the foundation course, it meant three years out of my working life, three years without a regular income. As my real dream was to be a writer someday, I only needed to reach technical, not professional level. I thought, it might be 20 years before I got my break. What did I want to do for those 20 years? Did I want to pull pints? (Apologies to all you bar-staff out there!) No. I wanted to have a decent day job, doing something that I enjoyed, and earning a good salary. It turned out to be one of the better decisions that I’ve made in my life, and I don’t regret it at all.

Eventually, as I went from graduate QS to assistant QS, I undertook an NVQ in Surveying Support, covering the technical aspects of construction operations, as part of a work-based study course while working in a private QS practice. Finally, I racked up enough experience that the ‘assistant’ tag just fell away and I found that I had reached my goal. Since that day, 20 years ago, I have worked as a QS for small, medium, and large contractors, in consultancy, as a freelance QS, and as a Claims Consultant. It’s given me an all-round view of the industry, and one that I hope to share with you within the pages of this book. I hope that you’ll find it useful, and that it will inspire you to go on your own QS adventure in the construction industry. I believe that it’s worth it.

Some of you may be coming to the profession late, maybe as a career change. I know a lad who has a Master’s degree in Curating and a degree in Fine Art. He is now on a one-year QS conversion course. The 32 graduates from the previous year are ALL now employed as QS’s. Already, employment agencies are calling me up asking when my friend will graduate. Quantity Surveyors are very much in demand, even those without years of experience or membership of a professional body behind them.

Personally, apart from once sitting the Tech RICS interview and not succeeding, I’ve managed to notch up a pretty decent CV and a career without ever joining the RICS. A former line-manager of mine, and Associate of the Private Practice where I worked, explained why he had chosen the RICS route. In the early nineties, during a major recession that fairly decimated the UK construction industry, when he was struggling to find employment, he decided that he’d give himself every opportunity in the future to be able to compete with the best candidates around. He was going to get all of the qualifications needed to prove to potential employers just how capable he was. He had a family to feed. He didn’t want to see that job – if only one there was – go to someone else who appeared, on paper, more qualified.

I can’t fault his logic, but many QS’s succeed without the endorsement of the RICS. If you’re able to do the job, hopefully you’ll get ample opportunity to show it.

At the same time, I worked in an office where there was a surveyor who would never give you a straight answer. If asked a question, he would just say ‘I’ll have to look it up.’ Well, as someone once said to me, ‘we could all do that!’

In that same office, there was another surveyor who was old school, who had great practical knowledge, and who would answer every question and could advise you on just about anything. These two men both applied for membership to the RICS. Guess which one got accepted? Correct. The one who could never answer a question without looking it up.

So, as Groucho Marx once said, ‘I wouldn’t want to join any club that would have me as a member!’ That said, I have to take my former manager’s advice and, if you want to compete with the best, there’s no harm in giving yourself every advantage with which to do so. It’s your life, and your career, so you decide. For me, being a good QS is enough.

So, you’re thinking about becoming a trainee Quantity Surveyor?

What is being a Quantity Surveyor really like? Get the QS Bible!