From the top cycling book: 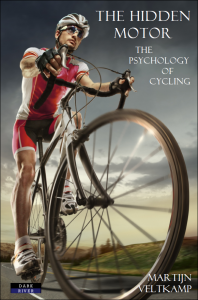 There was a time when almost everyone was just dying to take apart Fabian “Spartacus” Cancellara’s bicycle.

A conspiracy theory, in 2010, claimed that the vigorous Swiss had won both the Tour of Flanders and Paris-Roubaix with the help of a motor hidden somewhere in his bicycle, and not on his own merit. Even now, the internet still abounds with clips showing Cancellara speeding away from Tom Boonen on the Kapelmuur in the final lap. Large, red arrows pointing towards the Swiss’ handlebars, combined with frames so enlarged they become vague, near Impressionist smears, suggest that Spartacus used so-called ‘mechanical doping’ or, in other words, activated his mysterious motor.1 The question, therefore, is – would we uncover the Swiss’ big secret were we to cut up his bicycle?

When a racing cyclist performs so splendidly that he outraces his competitors with apparent ease, as Cancellara did in 2010, is it any wonder that both friend and foe want to figure out the secret to a rider’s success? And, aside from speculation about hidden motors, what about more likely suppositions regarding illicit substances? Especially when we take into account the abundance of doping scandals in the 1990s. Whatever the case, when a supreme performance is delivered, to many people, mysterious forces appear to be at work. 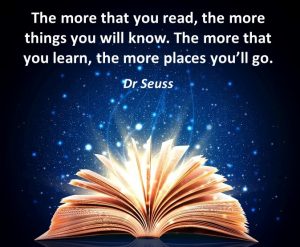 Mysterious Forces at Work in Sport was a book that was published way back in 1941. Its author, sports journalist Joris van den Bergh, described how people in many different branches of sport are capable of extraordinary achievements based on their mental strength. There is a reason why people such as Gert-Jan Theunisse – mountain jersey and Alpe d’Huez stage winner in the Tour de France back in the 1980s – commented that, as far as he was concerned, the mind is the key to success. Or, as he put it: “Climbing is, above all, mental labour. Whatever the head is grinding away at, when you’re in the mountains, it affects the body nearly 100%.”2

As we shall see in this book, what Theunisse says about climbing applies equally to all other race elements and terrains. The mind is the invisible, mysterious power they were already writing about in 1941, but it is also the power that, with all the doping scandals nowadays, seems to be in danger of being forgotten.

When viewed in this light, Fabian Cancellara is indeed racing with a hidden motor. A very strong and silent one: his mind. A few years after the rumours about a hidden motor in his bicycle, he won the Hell of the North for the third time in his career. Unlike previous victories, the champion that year was decided at the finish line itself, in a duel with the Flem Sep Vanmarcke.

Cancellara’s preparation for the race was far from ideal, falling twice in the week before Paris-Roubaix. In the race itself, no one wanted to take the lead in Cancellara’s group. He was the absolute and only favourite, and his competitors felt that if they raced him to the finish, they’d lose well before the end.

The race turned out to be an incredibly tough event, with Cancellara cycling from a practically hopeless position to the lead position, finally defeating Vanmarcke in the final dash. Once across the finish line, he dropped from his bicycle in total exhaustion. He lay stretched on the grassy centre of the historic cycling track of Roubaix, and needed to be supported by two aides as he made his way to the stage, completely spent.

He produced only barely coherent words in the interview following the ceremony. He explained, in English far worse than people were used to, that finishing solo was always good, but that today he had to fight the entire way – all the way to the end. But it was a fight he fought nonetheless: “My head and my legs simply wanted to take me this far.”

This statement is a testament to pure willpower. When your body is aching and every fibre cries out that it’s time to stop and you can’t go on, willpower stubbornly gets you across the finish line, to victory.

There are times when a sportsman can go beyond the limitations of his body. The French cyclist Joël Pelier, for example, was so driven to finish well on the 17th stage of the 1986 Tour de France, that immediately upon arriving on the Col de Granon, he had to be put on a ventilator and ended up in a 7-hour coma.3 That is the powerful, hidden strength of the mind.

Ever since the publication of Mysterious Forces in 1941, there have been many changes in the world of sport, and cycling, but also in psychology. The past decades have seen many studies that better explain why sportsmen and women behave the way they do. With cycling, a number of profound questions have been asked. Why is cycling alone – as per a time trial – so much harder than in a group? Why does one bad day in a grand Tour mean nothing but bad luck for one team, while another team with double the effort and enthusiasm succeeds in every escape? Why can a cyclist who just became a father suddenly perform so much better than before? Why does a lead group with five riders work so much better together than a group of 15? These are all questions that can be explained by looking at the sport through the lens of psychology.

The purpose of this book is to provide insights into the mental aspects of cycling and sport by examining examples from big cycling races and psychological studies that explain the course of these races. We’ll find out how Bradley Wiggins developed a sudden fear of descents in the 2013 Giro d’Italia, and what he could have learned from Gianni Bugno in this regard. We’ll see why Filippo Pozzato lost the 2009 Paris-Roubaix, and why Fausto Coppi made incredible getaways that no one else dared.

This book is an overview of the most important mental aspects of sports cycling. These are aspects people will find easy to recognise watching a race on television, and which cyclists will also feel themselves… when they’re trying to motivate themselves, and when preparing for or participating in races.

To set us off on our journey, the first chapter will discuss cycling as both a team sport and a solo venture. Let’s get started!