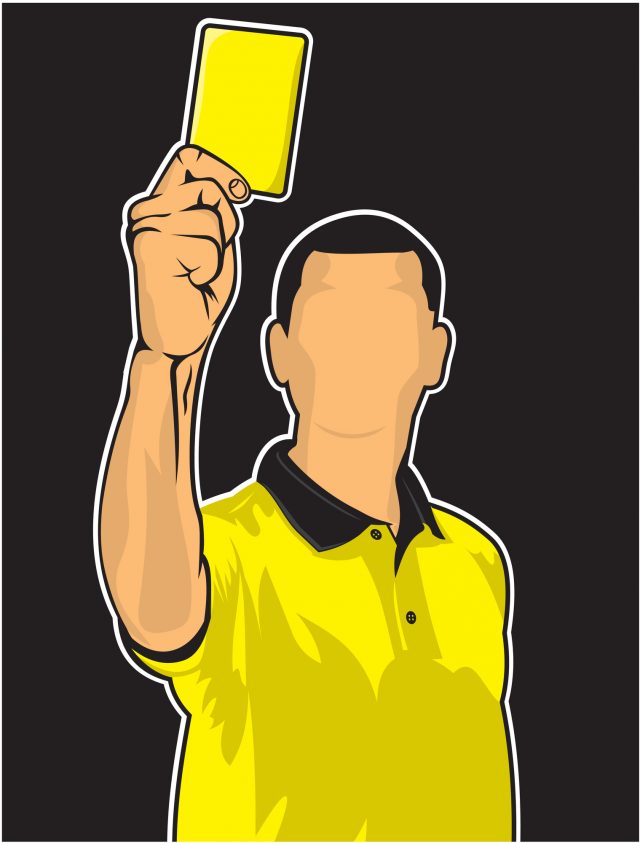 In February 2018, Real Madrid hosted Paris Saint-Germain (PSG) in the first leg of the knock-out stages of the UEFA Champions League. After the game, PSG manager Unai Emery stated that, “His [the referee] tendency was to whistle more in favour of Real Madrid. We saw that in the cards, the fouls and the penalty.”[i]

So do referees favour the home side with regards to discipline? Again, the answer is yes. In the words of one researcher, there is “a significant home advantage in cards and penalties.”[ii]

What does the data show?

Figure 1.3 shows that in no season in the English Premier League (from 1992 to 2005) has the away team averaged fewer yellow cards than the home team. With red cards, apart from the 2000/2001 season, away teams collected more than the home teams. Think about that for a second. In only one season have the home teams accumulated more disciplinary cards than the away team. To clarify, the average for yellow cards per game is 1.171 for home teams, and 1.621 for away teams. That’s nearly 50% more! For red cards, the average stands at 0.056 for home teams, and 0.094 for away teams, also just shy of 50% more likely.

[Next Image] Figure 1.3: Comparison of yellow cards, red cards, and penalties converted between home and away sides (Boyko et al., 2007).

A referee is approximately 50% more likely to show a yellow or red card to away team players than home team players.

This effect on discipline could be decisive regarding the outcome of the game.

Having established that referees favour the home side in terms of opportunity and discipline, the natural question to ask is ‘why’? After all, a referee does not deliberately exercise a bias towards the home team. In the next chapter, we will investigate what influences a referee’s decisions regarding home and away players.