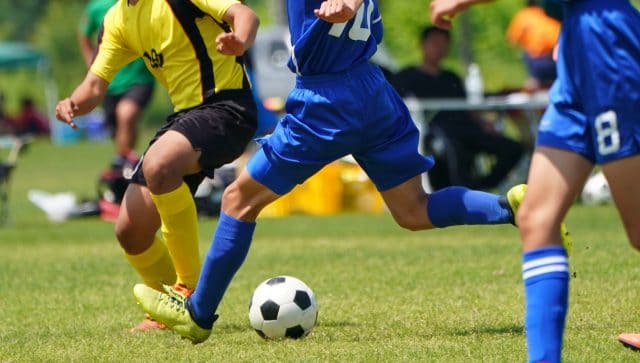 An excerpt from Coaching Youth Football by Ray Power.

“The idea is that training is more complicated than the game.” Thomas Tuchel

One of the most thoughtful, exciting young coaches working in the professional game, adding to a plethora of other German coaches in this mould, is Thomas Tuchel. Although only in his early 40s, Tuchel has been the Head Coach at European giants Paris Saint Germain and Borussia Dortmund, having started his coaching career at Mainz, where he graduated from youth to senior coach at the age of just 35.

Tuchel, inspired by the work of Wolfgang Schöllhorn in the field of physical development, uses a method called Differential Training. This involves developing practices that force players to think and find new ways of solving problems; and to develop as many solutions for problems as possible. However, rather than simplify the training, Tuchel actually aims to make it more complicated.

This struggle, he believes, leads to enhanced performance and helps players to become more creative, even if his sessions are considered unconventional in some quarters. He sees his role of coach as a position where he can get the best out of his players by constantly challenging them. Players admitted to initially thinking it was strange – until it started to improve them.

“At first, we wondered what these things had to do with football, but we realised quickly that they worked.” Neven Subotić

For example, to stop defenders grappling the opposition when defending, he made them train with tennis balls in their hands. They trained on slippery surfaces to challenge and therefore enhance their balance and control. They would play on extremely narrow and also extremely wide pitches. In one exercise, players were only allowed to control the ball with their knees! When coaching diagonal forward runs, he changed the shape of the pitch, to the one below. Tuchel’s Differential Training methods include manipulating the task, the player, and/or the environment to make sessions more difficult, a method known as Constraints-Based Coaching.

Portuguese researcher on creativity in football, Sara Santos (@SaraDLSantos), put this concept to the test with 40 youth players from Under-13 and Under-15 squads. Players were divided into two groups of 20 and spent five months playing small-sided games in training. The first group were engaged in traditional SSGs, whereas the second played differential learning games. The creativity of all groups was measured before and after the study using the “Creative Behaviour Assessment in Team Sports” template. The results found that the differential group displayed increased originality and versatility of actions, made fewer errors, and became better in terms of positional sense. The more they were challenged, the more their creativity and game understanding improved.

The key feature of Differential Training was repetition, without repetition, as described above. Schöllhorn believes that repetition, constant correction, and criticism (the cornerstone of much of the coaching landscape for a very long time) leads to players being self-critical and therefore taking fewer risks which, in turn, dampens creativity. If we just give players the answers to problems, how would we ever expect them to be creative? He believes that in the same way that all players have different physical mechanics, they will also have different technical mechanics and different ways of executing the same skill, making the ‘coaching manual’ learning of techniques defunct.

Tuchel’s sessions, therefore, include a huge amount of variation. As every player learns differently and at different rates there cannot be a “one-size-fits-all” approach to training exercises. Not all players require the passing drill you want to run, for example. This variation means that even when sessions lasted 2.5 hours, the players never felt the time go, as they were engaged as the sessions flowed and changed constantly. Similarly, at La Masia, the famed academy at Barcelona, (whose methodology has been largely influenced by Paco Seirul·lo Vargas, an advocate of Differential Training), there are no more than three repetitions of each exercise – keeping the game and the training sessions fresh and stimulating.