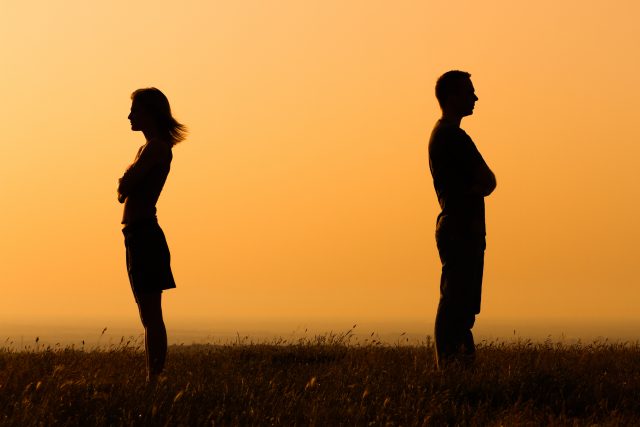 It’s a sad but inevitable fact that divorce is accompanied by pain.  Sometimes, awful pain that you fear you might never recover from.

But if you could forgive anyone, or everyone (including yourself) who has caused you real heartache – leaving you happy, joyous and free to live your life to the absolute full – what would you say?

Even if you are one of the lucky ones who finds forgiving others relatively easy, divorce is something that will truly test you. More likely than not, it will trigger all kinds of unresolved issues from your childhood, that can leave you feeling completely overwhelmed. Not only are you going through the agonies of separation and divorce from your spouse, but also unhealed wounds from your early life can burst open again.

You do not have to condone appalling behaviours to forgive.

Forgiveness joyously obliterates bitterness, anger, hatred and frustration and enables positive and life-affirming gifts to grow in their place.

Perhaps you blame yourself – rightly or wrongly – for the breakdown of your relationship, so equally importantly, it is time to forgive yourself (something many people desperately need to do). The inability to forgive oneself is at the root of depression and chronic anxiety for many people.

Divorce isn’t such a tragedy. A tragedy’s staying in an unhappy marriage, teaching your children the wrong things about love. Nobody ever died of divorce.

Deborah took a long time to embrace forgiveness. “I was the loyal, doting wife of 25 years. My husband and I had a child, and I was a step-mother to two of his from a previous marriage. Then, he just announced he wanted a divorce. Very quickly he hooked up with an old friend of his, a recent widow.”

Deborah reflects, “How dare this happen to me? How could I be discarded like this? The anger and resentment festered within me for years. Even when I moved on, and found a wonderful new partner – the way I had been treated still affected me deeply. It was as though some kind of judgement had been passed on me, and I had no real way to fight back.”

Deborah continues: “What I needed, far earlier in the process, was to move on and stop his actions from affecting my thinking. I would bad-mouth my former husband to friends, and it impacted our relationships. If I had realised the power of forgiveness and letting go sooner, I would have avoided what were pointless and wasted years of internal anguish, anger and bitterness. The past is the past; let it go.”