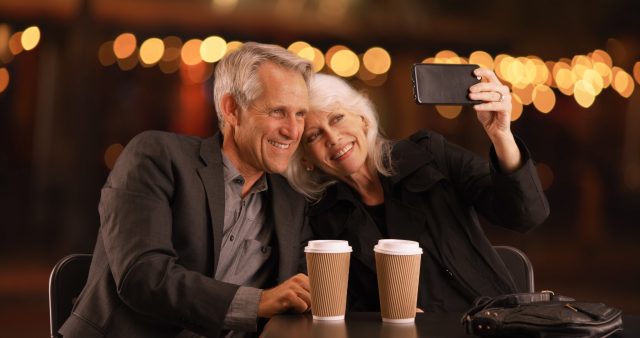 An excerpt from the book: 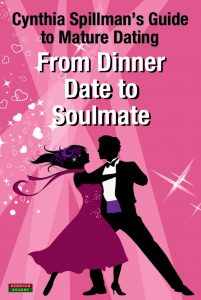 With widowhood, and around 50% of marriages ending in divorce, many people of a mature age have found themselves once again available and wanting to meet new partners.

The good news is that dating at a mature age has never been easier, and often holds fewer issues than for the younger generation.

A 2017 study from Saga – carried out among 1,000 over-50s and 1,000 under-50s – has revealed that dating can be more enjoyable and less stressful the older you are because fewer things (like image!) concern people so much. Indeed, 76% of the over-50s who took part in the survey explained that looks and money became less important when looking for a new partner as they got older.

The Top 10 partner attributes amongst over-50s were:

How do people meet for Senior Dating?

As with the younger generations, online dating has seen a boom in numbers amongst the senior set. And it has actually been happening for a number of years.

According to research undertaken by eHarmony, those aged 55 to 64 years old in the UK, are expected to witness the biggest online dating boom, with an expected 30% rise between 2013 and 2030 (to 2.41 million). In the US, SeniorPeopleMeet.com reportedly saw a 400% expansion in members between 2009 and 2011.

Naturally, there are many websites dedicated to mature singles (also known as “prime singles”, “older adults”, and “seniors”), and it is easier than ever to find like-minded people of a similar age.  The actual age ranges (i.e. what defines someone as mature) vary by individual site but, as a whole, 40+ is the lower threshold.

Online dating isn’t the only way people can meet each other.

Nightlife is one area that has traditionally catered for the younger market, but which is changing. More and more often, there are dedicated evenings designed for over 40s which – aside from enabling people to dance the night away to the music they remember and enjoy – allow them to potentially meet other singles.

Furthermore, in today’s world, there are more opportunities for mature people to meet one another through holiday clubs (which organise all types of holidays specifically for older people), to hobbyist and personal interest clubs and societies that focus on specific activities and membership demographics. Not only can someone meet similarly aged people, but they can also learn a new skill.

Despite the opportunities for dating, many people hold concerns about re-entering the dating arena.

They include not being ‘prepared’ for what dating entails, the baggage that can come with another older person (mainly to do with their families/children), and broader concerns over incompatibility, and disparities in status and wealth. So, before re-entering the world of dating, take some time to read From Dinner Date to Soulmate.

Written by international dating coach Cynthia Spillman, founder of The International Dating Academy and formerly the Chief Executive of Dinner Dates, it is a practical, no-nonsense guide – for women – to the growing mature dating market. Uniquely, it is targeted at the large number of ladies who have been single for years, or who are divorcees or widows.

Advice on all aspects of dating including self-care, online dating, how to deal with step-children, dos and don’ts on actual dates, sex, the value of agreed boundaries, and so much more is covered. Cynthia’s mature dating methods are drawn from her experiences over the last 20 years and fully tried and tested.