Understanding that football and team play cannot be understood through classic scientific thought (analytically and decontextualized) – given its wholeness, unpredictability, and nonlinear condition, he decided to search for more suitable theories for the problems of football. Frade arrived at some systemic theories that, together with certain methodological principles, eventually became Tactical Periodization.

Tactical Periodization is a training methodology where the primary concern is the play that a team intends to produce in competition. This is why the playing model is assumed as a guide for the whole process, using principles, sub-principles and sub-sub-principles to shape it; reaching a certain quality, and specific adaptation, by respecting the methodological principles that sustain it.

When we step back and take a bird’s eye view of a football match, we can see that the complex phenomena underpinning football include tactical, technical, physical, psychological and strategic components – as well as ‘moments’ in the game when play shifts. These moments are a team’s attacking and defending phases of play, as well as the transitions between them (e.g. going from attack to defence, and going from defence to attack). The whole point of Tactical Periodization is that these moments are a ‘whole’ – they cannot be viewed in isolation from each other. 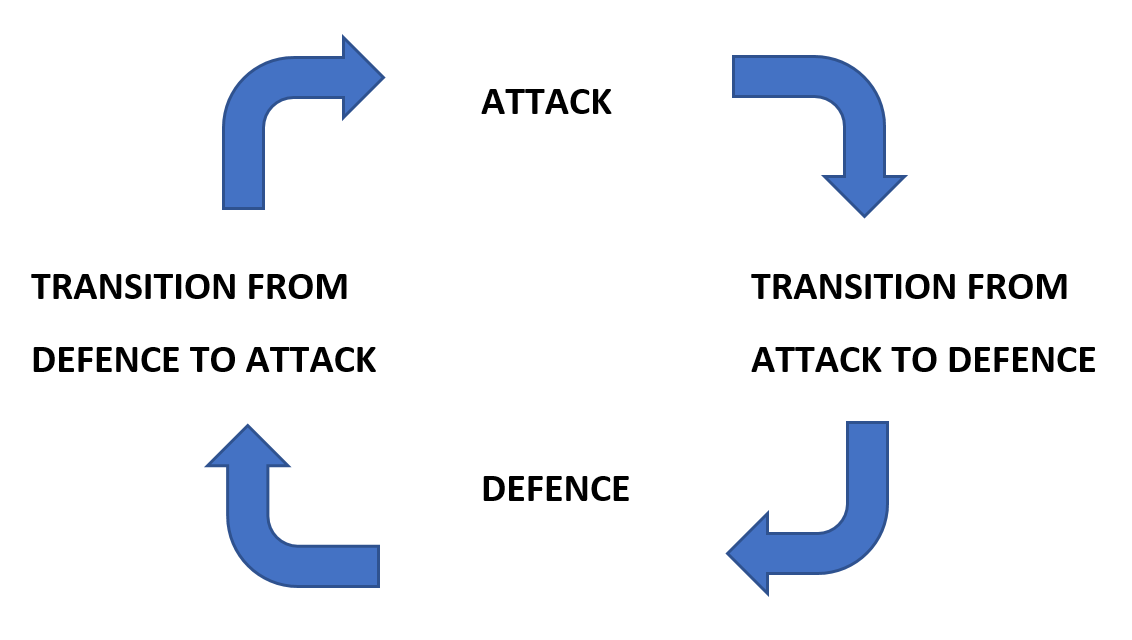 The headline aim of training is all about tactics, tactics, tactics – the other dimensions develop based on the tactical vision of the playing model. Tactical, physical, technical and psychology elements are not developed independently. Under Tactical Periodization, you train the whole and it is unbreakable. Every training exercise or drill should focus on a moment of the game (e.g. transition from attack to defence, or offensive organisation) and the tactics the coach wants his team to produce. It is highly important to note that training ‘simulation’ feeds back into the playing model and affects it. This feedback loop should be embraced.