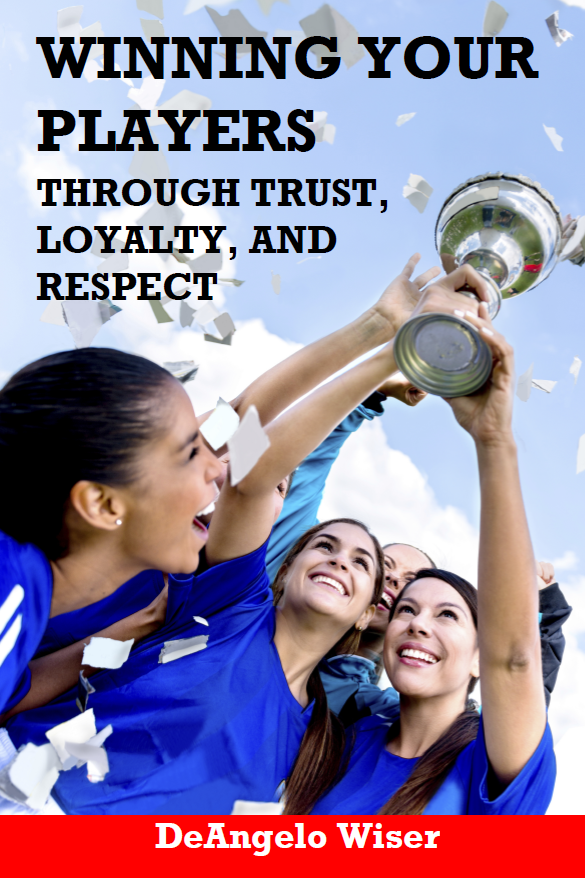 Are you able to trust your players in a game situation? Do you give them opportunities to make mistakes? Do they know you trust them? Or do you feel the need to be in control of practically every situation?

I witness coaches, every day, who scream instructions continuously from the sideline during a game. For some, it’s intended to be meaningful information. For others, it’s a way to let go of nervous energy.

Why do they feel the need to verbally control every pass, every run, every aspect of the game? It’s expected behavior in basketball games as coaches run up and down the sideline, but what about other sports in large outdoor venues? A player on the other side of the field has no chance to hear exactly what the coach is shouting.

What about on the job? How would we react if a boss was running up and down the hall screaming instructions to his or her employees every second? We’d think it was absurd. So why is it that coaches struggle, from time to time, with trusting their players? Is there a way to let our athletes make the majority of decisions during a contest? It all depends on your style of coaching.

How can a coach get on the path to building a program that enables players to make sound decisions during a game? Here are some steps to take.

Establishing a Program of Trusting Our Players:

A perfect example of putting trust in a player’s decision – that I will never forget – happened to me after a tough battle leading to a shoot-out.

Penalty shoot-outs are the most agonizing situation in any soccer game. At that point, two teams have battled it out for 110 minutes with no clear winner. Usually, all the players are exhausted and mentally drained, whether they admit it or not. That was the situation we faced in a regional final against our fiercest rival, several years ago, when we had to pick five players to shoot. Never an easy task, especially when your talent is evenly balanced.

In addition, this particular game would be the end of an era because the next year we would both be heading to tougher districts and regions. We had won three regional titles, and our opponent had won two, and now the chances of us meeting in a regional final again were slim. After this night, we’d both have three regional titles, or we’d have four, and they’d have two. I had a lot of faith that we’d take home number four, but in penalty kicks, anything is possible. “Coach, I need your list,” the referee shouted as I thought of who best to put forward as our five shooters while discussing it with my assistant coaches.

As I mingled with our players, Erica, our captain took me aside and said, “Coach, let Megan shoot. She’s great in PK’s, and I know she can do it.” As the idea was processed, I acknowledged her and walked away. So much to consider, and I didn’t want to make a mistake.

Finally, I looked at my list, thought of how much I trusted Erica’s opinion, and put Megan’s name down. We would win our fourth regional title that night and Megan would make her shot. Certainly a joyous occasion for our team, and a moment of trust between a player and a coach, that I will never forget.

The benefits of allowing players to make decisions are endless. Here are seven:

Successful teams always have players on the field who feel comfortable and confident in making challenging decisions. It doesn’t happen overnight, and they’ll make mistakes just as we do. As coaches, we have to provide an environment for that trust to grow and prosper.

Trusting your players is one of the greatest gifts you could ever give them. Take time in practice to share your expectations and then – when a player comes to you in a critical situation with a solution – you’ll know you’ve done your job.

This article was extracted from Winning Your Players Through Trust, Loyalty and Respect (C4) by DeAngelo Wiser.