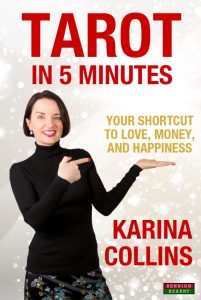 Would you like to learn to read your own tarot cards?

There have been many myths about where Tarot cards originated from, and how they came to be. Some believe that they evolved and originated in Egypt. In turn, Antoine Court de Gébelin a Swiss clergyman who published Le Monde Primitif, which is a study of religious symbolism, had a strong belief that travelling Gypsies were the first to use Tarot cards as a tool for divination. There is no existing evidence to support either theories.

There is also the belief that tarot cards were derived from playing cards. According to Tom Tadfor Little, a tarot historian, traditional playing cards had been brought from Islamic societies to Europe in 1375. However, these cards were not Tarot cards (indeed, there is no proof that the cards had yet been created) – and that goes against a number of claims.

It is believed that Tarot cards were first mentioned in 1440. Indeed, the incumbent Duke of Milan wrote a letter that had a request for many decks of ‘triumph ‘cards to be used at a certain event. Also, the letter differentiated regular playing cards from triumph cards. So, it appears that Tarot was originally designed as a card game.

In 1442, in Italy, the first Tarot deck of 78 cards appeared (confirmed by the Court records in Ferrara) offering the first true proof of the existence of Tarot. In the 15th century, Tarot cards were owned only by the upper class and wealthy and were hand painted. During this time, they were not yet used for fortune telling, only for gaming. Often, the pictures included family members – and they offered a glimpse or insight into the lives of the nobility.

It is believed that the word ‘Tarot’ came from Northern Italy, River Taro, where Tarocchi, a popular game, was played in the early 15th century, and so people started referring to the game as Tarocchi around 1530.

The Visconti S-Forza Tarocchi deck was among the earliest Tarot Decks, and today there are a number of versions of it. There were court cards that included a page, knight, king, and queen and also 4 suits with cards numbered 1 through 10. Also, the deck included twenty-two symbolic picture cards, which didn’t belong to the suits. These decks played a game referred to as triumph, or trump, that is similar to the game of bridge played today.

In England and France, occult followers discovered Tarot cards in 1781. To them, the cards’ symbolic pictures had a deeper meaning, and they began to use them as a divination tool. Occult writers even wrote about the Tarot, and the cards became a great part of the occult philosophy.

Arthur Waite, a British occultist, and Pamela Colman Smith, an illustrator, were the creators of Rider-Waite Tarot deck that was published in the year 1909.

At Waite’s suggestion, Smith took inspiration from the Sola Busca, and there are a number of similarities in Sola Busca and the final result of Smith’s symbolism. Smith was the first artist to make use of the characters to represent lower card images. Instead of showing a cluster of swords, wands, coins, or cups, Smith incorporated people’s figures into her artwork. Today, the iconic desk is known by every reader and therefore, many of them refer to the deck as the ‘Waite-Smith deck’ in acknowledgment of the enduring artwork of Smith.

Now, Tarot cards are no longer the domain of the upper class and wealthy, and they are available in a countless selection of different designs. Tarot reading has become mainstream, and people from all walks of life have turned to the Tarot for assistance in decision-making.

In turn, the methodologies behind Tarot reading have changed over the years, such that many readers have adopted their own unique styles. Tarot cards are routinely used for fortune-telling, and also for personal guidance, spiritual guidance, mind mapping, and meditation.

Get your Free tarot Deck here