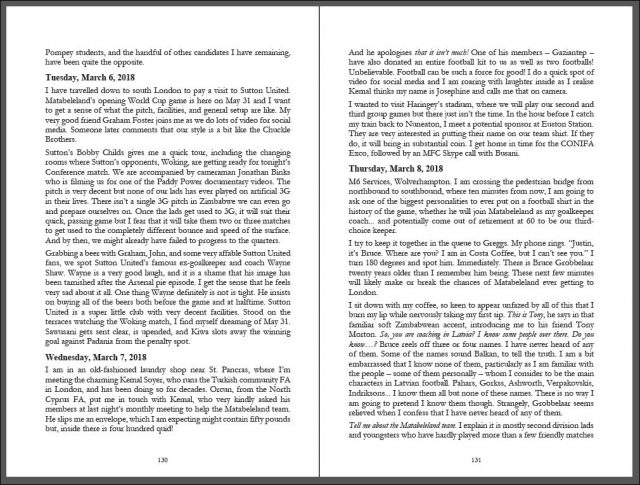 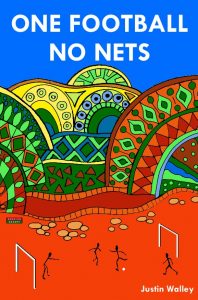 M6 Services, Wolverhampton. I am crossing the pedestrian bridge from northbound to southbound, where ten minutes from now, I am going to ask one of the biggest personalities to ever put on a football shirt in the history of the game, whether he will join Matabeleland as my goalkeeper coach… and potentially come out of retirement at 60 to be our third-choice keeper.

I try to keep it together in the queue to Greggs. My phone rings. “Justin, it’s Bruce. Where are you? I am in Costa Coffee, but I can’t see you.” I turn 180 degrees and spot him. Immediately. There is Bruce Grobbelaar twenty years older than I remember him being. These next few minutes will likely make or break the chances of Matabeleland ever getting to London.

I sit down with my coffee, so keen to appear unfazed by all of this that I burn my lip while nervously taking my first sip. This is Tony, he says in that familiar soft Zimbabwean accent, introducing me to his friend Tony Morton. So, you are coaching in Latvia? I know some people over there. Do you know…? Bruce reels off three or four names. I have never heard of any of them. Some of the names sound Balkan, to tell the truth. I am a bit embarrassed that I know none of them, particularly as I am familiar with the people – some of them personally – whom I consider to be the main characters in Latvian football. Pahars, Gorkss, Ashworth, Verpakovskis, Indriksons… I know them all but none of these names. There is no way I am going to pretend I know them though. Strangely, Grobbelaar seems relieved when I confess that I have never heard of any of them.

Tell me about the Matabeleland team. I explain it is mostly second division lads and youngsters who have hardly played more than a few friendly matches in their barely adult lives. But we are doing everything we can to develop the lads and they are strong in spirit and commitment. For the first ten minutes of our conversation, Bruce has been more intense than a one-to-one with Alan Sugar, only allowing his eye contact with me to slip when he has a bite of his cheese toastie or a sip of his pint of cappuccino. It is extremely intimidating, but I was expecting that. Everything I am telling him is genuine and, at the end of the day, if he feels that joining us is not for him, then I will totally respect that.

“We actually gave the Highlanders reserve team a good run for their money,” I proudly declare. “We were the better team for the first 60 minutes, and all their lads were obviously pros.”

“See!” Bruce says to Tony. “See what I have been telling you, Tony! There is so much quality in Zimbabwe. It just needs good coaches working with the players and developing them.”

Suddenly, Bruce seems to relax and the intensity has completely gone. It occurs to me that those first minutes were him casing me out, ascertaining whether I am the real deal or some charlatan trying to get him involved in some nonsense. At the end of the day, I could even be a journalist winning his confidence before screwing him over.

Not only has the atmosphere and tone of our conversation become friendlier and more relaxed, but Bruce also confides in me:

“With my position now within the new Zimbabwe, I’d like to help with this. President Mnangagwa called me and asked me to return. Mugabe took away my passport. He wanted me to be the manager of the national team and I told him I wanted to be paid in US Dollars. Mugabe said there weren’t any dollars left to pay me with so I told him that’s because you have stolen them all!”

The three of us laugh in unison, and I almost snort my coffee up my nose and back down my throat.

“He told me I’d never return after that. So, I am travelling to Zimbabwe after a few days to get my new passport, a diplomatic one. He wants me to be involved in building a new Zimbabwe. Anyway, how would you like me to help?”

“Honestly, in any way possible, Bruce. If you were happy to be our brand ambassador that would really help us get people to take us seriously and spread the word.”

“Sure. And you need equipment? I can get you gloves and stuff like that.”

“Really anything. That would be fantastic. Obviously, I am a nobody as a coach, but would you consider joining us and helping with the goalkeeper coaching?”

“Absolutely, no problem. When is the tournament?”

Bruce looks at his diary and, aside from a couple of speaking arrangements, he expects to be in the UK and available to join us for most of the period from May 29 until June 10.

“If Liverpool get to the Champions League Final, I might be working and attending that in Ukraine around that time.”

Thankfully, the UCL final is the weekend before the tournament.

“I am happy to work with the goalkeepers and give you a bit of help with the general coaching stuff.”

“That would be fantastic. I have got to tell you though, Bruce, that I am very underqualified for all of this. Truthfully, I have only done my first badges. I haven’t even got the B.”

“That doesn’t matter. We will get you on the B and A in South Africa after the summer. I might return to work with the national team.”

We discuss the huge potential in Zim football and a need for the game to be run by those who understand and care about the game. You can see that Bruce loves Zimbabwe and wants to return to his homeland. He clearly has a passion for developing football in his home country and taking the sport to a point where Zimbabwe can start qualifying for African Nations and World Cups.

“What you are doing with Matabeleland is what I want to do. I have been telling them. Get the best in Mashonaland and Matabeleland playing each other, get the coaches out in the countryside developing the young players. When are you flying back out there?”

“Next week. I am flying into Joburg and then spending a few days in Mozambique before I go back to Bulawayo.”

Bruce looks at his diary again, and we agree to meet each other in Joburg where we can speak to some guys who might potentially help us with sponsorship.

“How do you want me to announce this?”

“Let’s take some photos, and you put it out saying that I am joining you as the Matabeleland goalkeeper coach for the CONIFA World Cup. There could be a reaction from some people in Zimbabwe but you can expect that. Don’t worry about that.”

We take half a dozen photos of Bruce and me posing together, shaking hands and giving the thumbs up, and then it is time to part company. 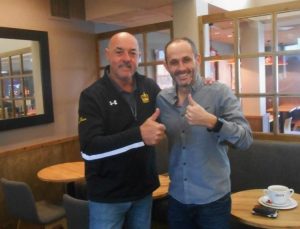 “Thanks for your good efforts working with Matabeleland and developing the boys,” Bruce says quietly as Tony nips off to the toilet.

“Thank you very much. And thanks for agreeing to join us. See you in South Africa.”

I am punching the air as I cross the pedestrian bridge back to the northbound services, where my mum has been sitting in the Costa there, patiently waiting for me.

Driving here with my mum this morning, I told her that I felt this meeting was make or break for the project. I am physically and mentally exhausted, and we desperately need Bruce to come in and help pull us towards the finish line. Actually, I almost missed the meeting as I nearly took the slip road to the M54 and had to swerve across two lanes at the last moment to stay on the M6.

My head is spinning as I sit on the front row of the upper balcony at the beautiful 1903 Buxton Opera House watching a performance of the Little Matchgirl. From the M6 services, we drove over a very snowy A53 hill pass to get here, to the UK’s highest market town. Even that felt surreal, looking almost otherworldly. Have I imagined it or did I really sign Bruce Grobbelaar as my goalkeeper coach today?