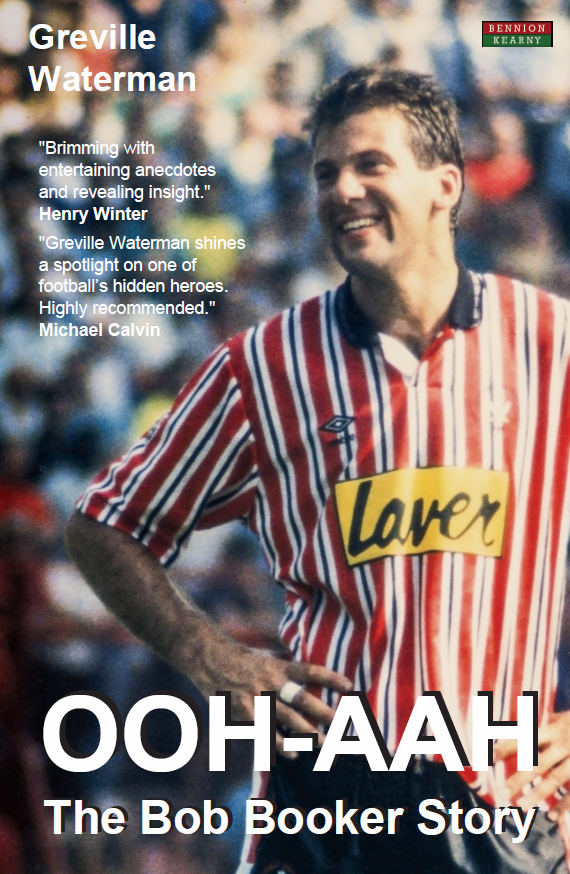 And so begins one of the most iconic chants in football. A chant for a cult hero who was renowned for his hard work, tenacity, honesty, and graciousness. A chant for a player who left everything on the pitch.

It covers the challenges of dealing with fans’ expectations, a long-term chronic injury that threatened to end his career, and how he dealt with the intrigue and machinations of football management.

Bob worked hard, gave his all, played wherever he was asked without complaint, wore every shirt (apart from the goalkeeper’s), and was rewarded by playing or coaching in all four divisions of the Football League. Indeed, in a rollercoaster career that spanned almost five decades, Bob was a crucial part of teams – as either a player or coach – that celebrated six promotions and suffered three relegations. Perhaps most importantly, nobody who has ever met Bob has a bad word to say about him. He is still revered at all three clubs he was associated with and remains a particular hero at Sheffield United.

With contributions from former teammates, managers, and friends, the real Bob Booker is revealed in all his complexities. It is the kind, friendly, and humorous Bob that we all expected to find but also one who demonstrated grit, determination, courage, inner strength, guile and perseverance to forge such a long and successful career for himself.

“Confessor figure, comedian, coach, commissioned officer. Bob Booker may be classified as a number two, but he is one of football’s hidden heroes. Greville Waterman shines a spotlight on him, and into the shadows of the game. Highly recommended.” Michael Calvin, Football Writer

“Greville Waterman has gifted us with a detailed and highly entertaining insight into the daily life of a journeyman professional footballer. If you like your football raw, this is the book for you.” David Bolchover, Football Writer

“An engaging tale of one of football’s good guys in the days before the Premier League made mediocrities into millionaires.” Nick Szczepanik, Football Writer

“From fans’ hero to unsung hero, Bob Booker’s career in football has been fascinating.

“After ‘making marvellous use of modest talents,’ playing his heart out in 379 Football League games, this is the man who turned the role of Assistant Manager into an art form.”

“How else would you describe someone who worked with a succession of very different top-class managers at Brighton, and made each one of them better at his job?”

“Bob’s remarkable journey through football, told here with great insight by Greville Waterman, reveals one of the true characters of the game.”

“A joy to read for anyone with football in their veins.” Dick Knight, Life President, Brighton & Hove Albion FC

We publish lots of football books
To see them click here