Amazon.co.uk is currently out of stock, but The Book Depository should get the book to you in less than a week, and P&P is free! >>> Follow this link >>> 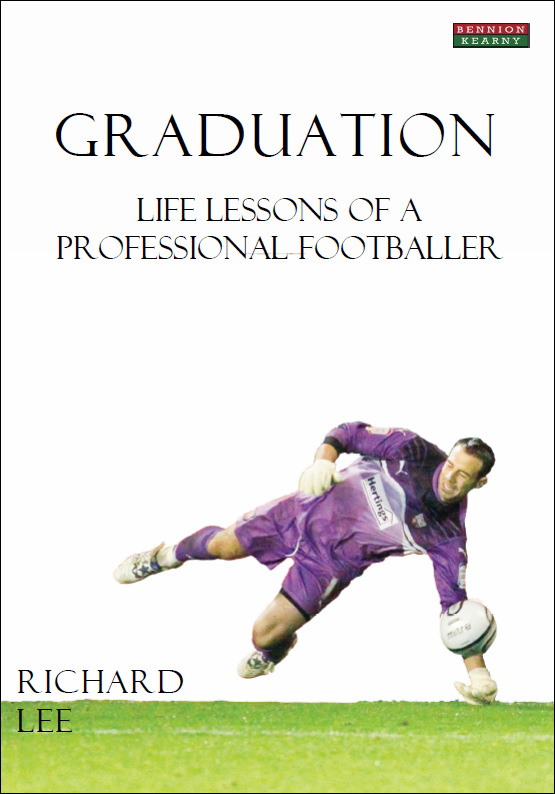 The 2010/11 season will go down as a memorable one for Goalkeeper Richard Lee.

After more than ten years at Watford FC, Richard signed for League One outfit Brentford FC, but soon found himself cast aside. Dropped after one game and behind three other goalkeepers before he would get another opportunity – Richard would take on his toughest challenge to date!

Cup wins, penalty saves, hypnotherapy and injury would follow, but these things only tell a small part of the tale.

Suffering from acute mental anxiety throughout his career pushed Richard into making a choice between fight or flight. Could he overcome his fears or take the easy road out and quit? Fortunately for Brentford fans, he chose to fight. Throughout this book, Richard shares his understanding of the mind and how to apply it for high-level performance.

Filled with anecdotes, insights, humour and honesty – Graduation uncovers Richard’s campaign to take back the number one spot, save a lot of penalties, and overcome new challenges. What we see is a transformation – beautifully encapsulated in this extraordinary season.

Review:
“Whatever level you have played the beautiful game and whether a goalkeeper or outfield player, you will connect with this book. Richard’s honesty exposes the fragility in us all, he gives an honest insight into dimensions of a footballer’s life that are often kept a secret and in doing so offers worthy advice on how to overcome any hurdle. A great read.” Ben Foster Goalkeeper, West Bromwich Albion.

Chapter 3 – August. Another Season Another Bench

Chapter 5 – October. The Road to Recovery can be Long

Chapter 7 – December. Goalkeeper of the Month

Chapter 8 – January. A month is a long time in Football

Chapter 10 – March. Timing is Everything

Appendix B – Q&As with the Pros

Richard Lee is a goalkeeper and currently plays for Brentford FC. He joined them in 2010 having spent the better part of ten years at Watford FC. He really likes facing penalties. Richard likes to keep busy. When not playing football, Rich runs a headwear company DrCap (which took him onto the BBC’s Dragons’ Den), GKIcon (a goalkeeping academy), is behind everyoneneedsamentor.com, and much more!