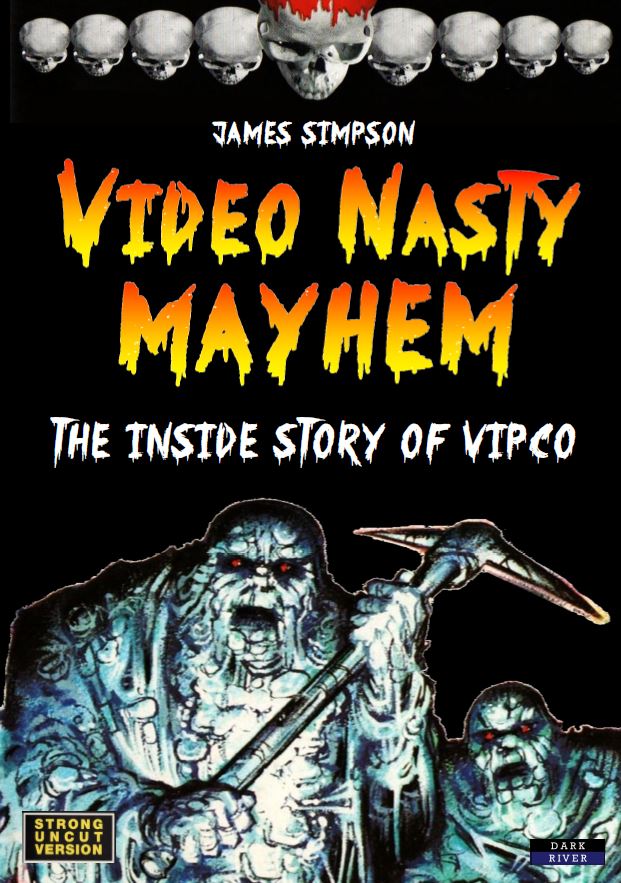 Great Britain, the 1980s. VHS is rapidly becoming popular, and the more gory and violent the movies, the better. One company has latched on to this trend quickly – selling and renting controversial films to the public. It is called the Video Instant Picture Company, a.k.a. VIPCO.

Founded and run by Michael Lee – Mike to his friends – this small independent video distributor would swiftly grow into a money-making machine and become synonymous with the so-called ‘Video Nasties’ scandal. Indeed, as VIPCO grew, Mike would become a millionaire, find his company raided by the police, nearly go broke, then resurface to trade in on the memory of the Nasties during the nineties and beyond.

VIPCO would give the iconic Zombie Flesh Eaters its first-ever UK home video release, create the headline-grabbing artwork for The Driller Killer, and produce the outlandish Spookies, amongst other notable achievements. Later, the company would gain notoriety for re-releasing some of the Nasties on sub-par DVDs and offering titles with shoddy video sleeves.

VIPCO would disappear from retailer shelves in 2007. It has now been over a decade since the firm’s closure, and many of VIPCO’s former titles have found welcome homes with other horror genre distributors, but VIPCO is still shrouded in mystery…

James Simpson, a former writer for horror movie magazines and websites, reveals the real reason why the controversial VIPCO closed, as well as detailing its long and complex history. With insights from those who worked with Mike Lee, and those who worked for rival firms, Video Nasty Mayhem opens the vault on VIPCO and finds there are plenty of surprises. The book also reviews more than 60 of VIPCO’s films, offers a standalone chapter on cult director Lucio Fulci, highlights Mike Lee’s turn at producing movies, and more. For anyone interested in the history of British film and distribution, Video Nasties, plus horror, cannibal and zombie movies, Video Nasty Mayhem is a must-read!

Growing up in the aftermath of the Video Nasties, during the late eighties and early nineties, James Simpson is from a small town in the North East of England where talking about grisly horror flicks was the norm in his school playground. For the last few years, he has written about cult cinema for several magazines and websites as well as running his own-now-defunct site: Infernal Cinema. He has interviewed horror stars Emily Booth, Barbie Wilde, and the legendary Lloyd Kaufman, amongst others, during this time. He appears in the Jason Impey documentary: VIPCO: The Untold Story. This is his first book. His favourite VIPCO movie is Spookies.