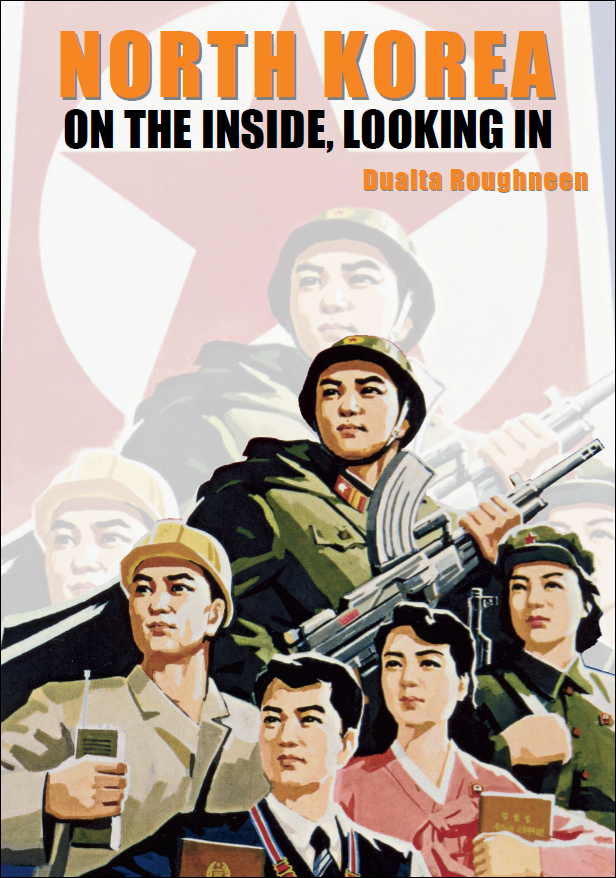 North Korea remains one of the last bastions of old-style communism: a military dictatorship, ruled with an iron grip for the last sixty years by the Kim dynasty. Every aspect of society is rigidly controlled; a country of paranoia, propaganda, and juche.

Irish Engineer, Dualta Roughneen, experienced the trials and tribulations of North Korea from 2004 to 2007 as an aid agency worker – keeping notes of his observations and thoughts. Based in the capital, but with access to towns and the countryside outside Pyongyang, he was able to see inside this most secretive of countries, beyond the picture of a socialist paradise portrayed on officially sanctioned tours.

Beautifully written, with a gentle humour, and offering eye-opening insights of life in the ‘Hermit Kingdom’ consistently denied to the few tourists and formally approved visitors that venture in, the book superbly observes Korean politics, the people, freedoms, and hardships, (as well as a bit of food and shopping). It details the day-to-day idiosyncrasies of being a foreigner in this most strange and unusual country.

Living as a foreigner in North Korea is like watching television with the sound off.

Introduction
Chapter 1  – The First Few Days
Chapter 2  – It’s Not Like Afghanistan
Chapter 3  – Getting Acquainted With The Countryside
Chapter 4  – Getting To Know The Place
Chapter 5  – Yes, This Is Christmas
Chapter 6  – The Big Freeze: 2005
Chapter 7  – Day After Day – Getting Into A Routine
Chapter 8  – The Man Behind The Stories
Chapter 9  – Inspiration For The Masses
Chapter 10 – The North, The South And The Economy
Chapter 11 – The Nuclear Issue, Kidnappings And The Pyongyang Times
Chapter 12 – The Pen Is Mightier Than The Sword
Chapter 13 – Building Toilets And Diplomacy
Chapter 14 – Prayers, Rugby And The Cold
Chapter 15 – The Demilitarized Zone And A Particular State Of Mind
Chapter 16 – A Dagger Aimed At The Heart Of Japan
Chapter 17 – To China By Roads And Bridges
Chapter 18 – Springtime, Bird ’Flu And Defeat
Chapter 19 – Mass Games Training, Surveying And One Lost Puppy
Chapter 20 – The Manifesto And The Invisible Hand
Chapter 21 – The Rattlin’ Bog
Chapter 22 – The Looking Glass
Chapter 23 – Summertime And The Living Is Not Easy
Chapter 24 – A Bit More Of The Countryside
Chapter 25 – At Breaking Point
Chapter 26 – Six-Party Talking Shops
Chapter 27 – Group Think. Tank
Chapter 28 – Last Orders?
Epilogue
Postscript

Dualta Roughneen is a Chartered Civil Engineer who has spent 10 years working in humanitarian contexts across the globe. He has worked in Ethiopia, Afghanistan, North Korea, Sudan, Liberia, Cameroon, Niger, and most recently in the Philippines, in conflict, post-conflict, and man-made or natural disasters. With a MSc in Human Rights from University College Dublin, Dualta has been published previously by CSP (2010) ‘The Right to Roam: Travellers and Human Rights in the Modern Nation State’.