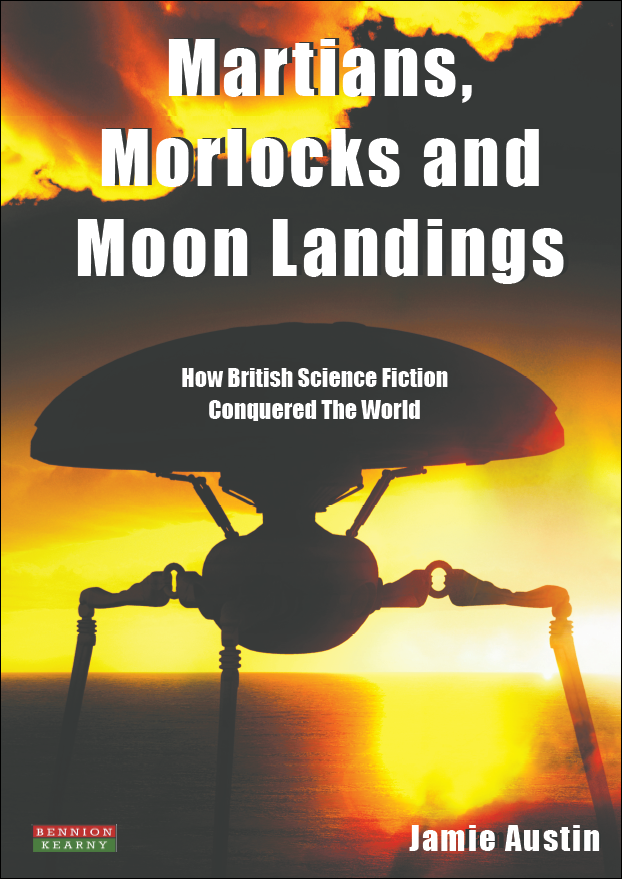 Science Fiction has long been a part of popular culture. From the colour co-ordinated adventures of Captain Kirk and crew to the city chomping of Godzilla, it is very much a worldwide phenomenon.

And it all started over a century ago – in Britain.

From Victorian literature through to the modern day – Martians, Morlocks and Moon Landings explores the genre’s development through the imaginations of H G Wells, John Wyndham, George Orwell, Nigel Kneale, and many more. It chronicles the creative minds that foresaw lasers, moon landings, and aggressive walking plants. It charts the socio-political climates which gave rise to Orwell’s totalitarian vision, the self-sufficient Survivors, and the cash-strapped Blake’s 7. British Science Fiction is a window into contemporary history, laying bare a nation’s psyche – occasionally by dressing it up in a foam rubber costume and having it pursue actors down a BBC corridor.

Jamie Austin is a teacher based in North Yorkshire. With an M.A. from York University his many claims to fame include a Blue Peter badge, writing contributions for Hollyoaks, and episode victory in The Weakest Link.