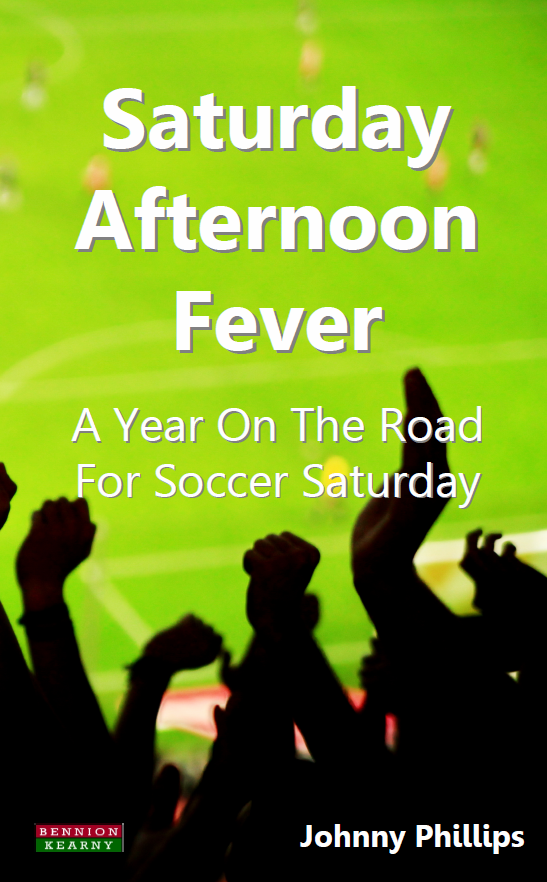 You might already know Johnny Phillips. He is a football reporter for Sky Sports’ Soccer Saturday programme and a man who gets beamed into the homes of fans across the country every weekend.

For the 2012/13 season, Johnny decided to do something different. He wanted to look beneath the veneer of household-name superstars and back-page glamour to chronicle a different side to our national sport. As Johnny travelled the country, he found a game that he loved even more, where unheralded stars were driven by a desire to succeed, often telling stories of bravery and overcoming adversity. People who were plucked from obscurity, placed in the spotlight and, sometimes, dropped back into obscurity again. Football stories that rarely see the limelight but which have a value all fans can readily identify with.

The homeless African street kid who ended up playing for his country to the coach who conquered dyslexia. The world’s most Eco-friendly football club, Welshpool Town’s not-so-fresh-faced new players, the octogenarian dressing room attendant and many more stories from a season of travel – Johnny provides coverage of the dedicated, the eccentric, the heart warming. The people whom the game should salute.

Covering the length and breadth of Britain, and culminating with the commentary at the Watford vs Leicester play-off match, which made Johnny an unwitting internet sensation, Saturday Afternoon Fever is more than a book about football or a simple travelogue, it is a considered look at a different side to the modern game, and contemplation of one fan’s path to becoming a reporter in the modern age.

Johnny Phillips was born in Liverpool. As a child, football was always going to be a passion growing up in the 1980s in a city that played host to two of Europe’s greatest football clubs. He left Liverpool at the age of 18 to undertake a Media Studies degree at Trinity and All Saints College, Leeds University and took his first steps into broadcasting whilst still at university, covering various sports for a press agency called Interactive Media Services and combining it with radio work.

His first roles in football reporting were taken covering Grimsby Town for local radio station Viking FM in 1996. He moved to Sky Sports in 2000 to take up an editorial role with the Football League production team before moving on to Soccer Saturday some years later, firstly as an assistant producer and then a reporter. He lives in London.