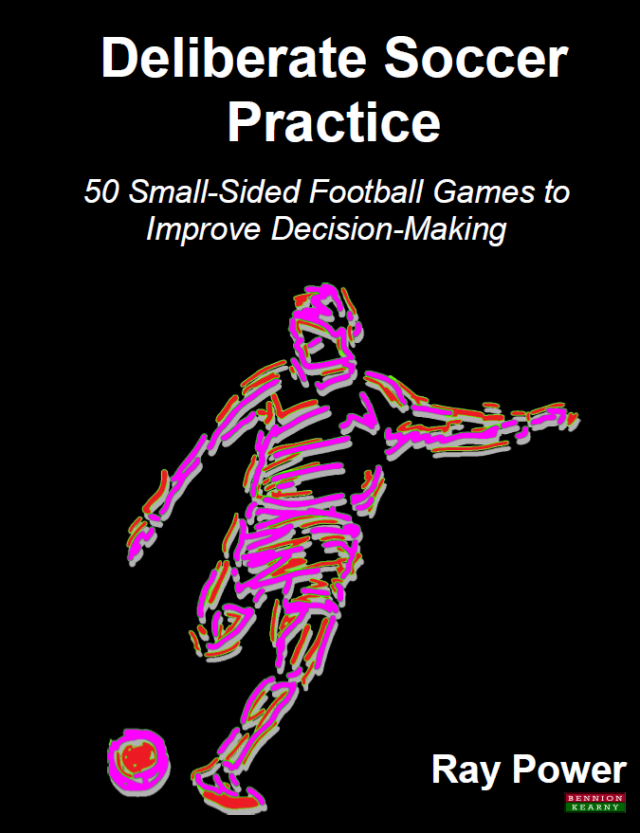 Small-sided games are the epicentre of soccer improvement. Done right, they can play a huge role in the development of players. The environment created through these games makes it possible not just to ‘let the game be the teacher,’ but also to improve specific skills and tactics – all in the context of the real game. We do this by manipulating the secondary rules of the game, by either adding elements or constraining players in various ways.

The ultimate alternative to the ‘drill,’ small-sided games training promotes player autonomy through decision-making, problem-solving, and the much-heralded coaching technique of guided discovery. Small-sided games have the look and feel of the ‘real’ game where learning is made intrinsic by the game itself.

Aimed at football coaches of all levels, but with a particular emphasis on coaches who work with youth players, 50 Small-Sided Football Games to Improve Decision-Making is comprised of 50 practices, and carefully designed to be adaptable to suit the needs of the players you work with. Book number four in Ray Power’s “Deliberate Soccer Practice” series, the exercises will challenge players and give them real-world decisions to make. Sections include: Possession-Based Small-Sided Games (SSGs), SSGs for Attacking and Finishing, SSGs for Defending, SSGs for Goalkeepers, SSGs for Transitions and Restarts, and Other Varieties of SSG.