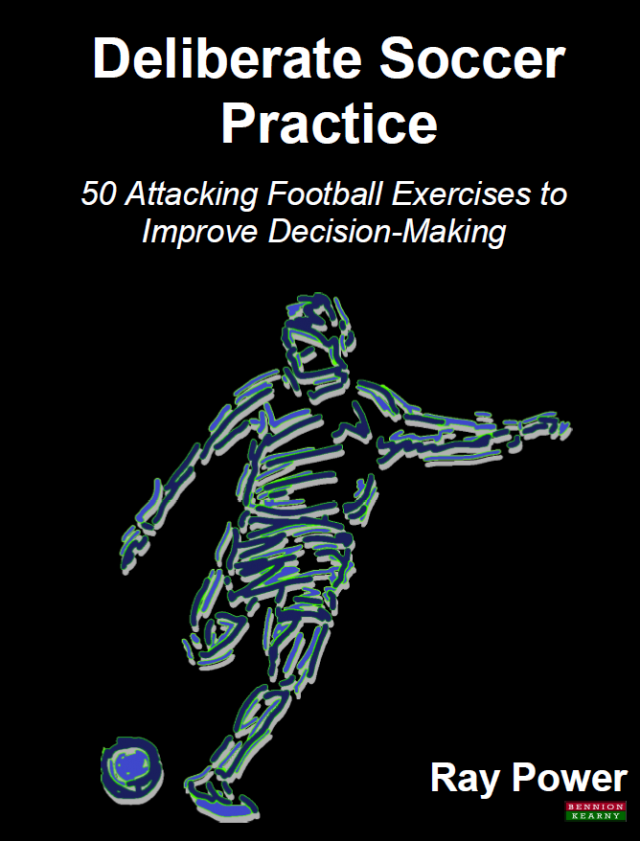 In soccer, attacking sessions are loved by players. The chance to be creative, attack, and score goals is hugely prized by players at all levels of the game.

The final piece of soccer is creating and scoring goals, and it has the reputation of being the most difficult part of the game – not many other sports can commonly offer results that do not involve a single goal or point being scored.

Many coaching sessions are flawed when it comes to linking attacking practices to the actual game of football. Too often players are placed in queues, waiting their turn, before dribbling around a static, predictable line of cones and shooting from a fixed position. The Attacking edition of The Deliberate Soccer Practice series attempts to address this by evoking the concept of real game ‘returns.’ Utilising the exercises in this book, players will learn how to finish, the intricacies of forward play, and how to develop attacking skills in a purposeful way – all within the context of what they will face on game day. Most of all, the players will love them!

Aimed at football coaches of all levels, but with a particular emphasis on coaches who work with youth players, 50 Attacking Football Exercises to Improve Decision-Making is comprised of 50 practices, and carefully designed to be adaptable to suit the needs of the players you work with. The exercises will challenge them and give them real-world decisions to make.