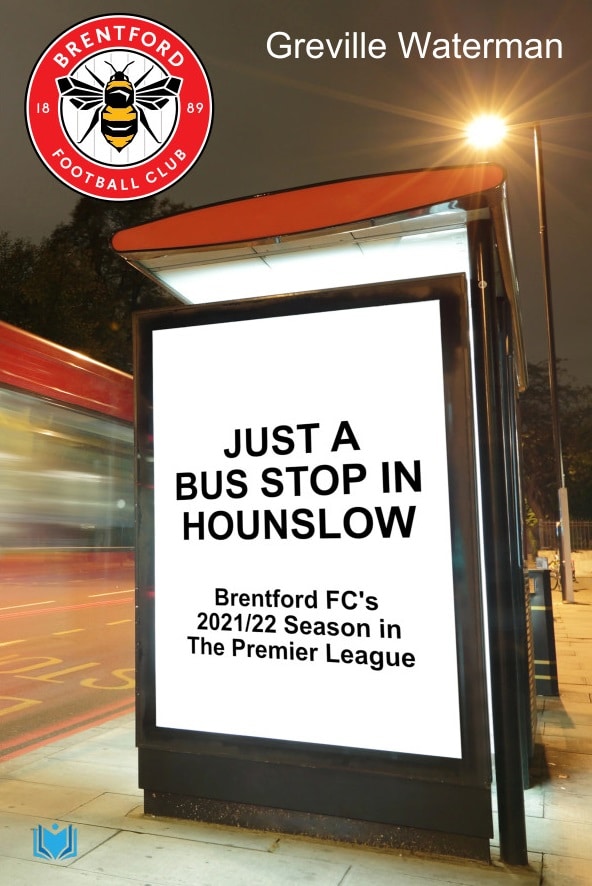 “This has been a top, top season for Brentford and you can relive it in this top, top book.” Thomas Frank

31,449 days. After last winning promotion to the First Division in 1935, it took Brentford 31,449 days to retake their position in the top tier of English football, when they hosted Arsenal on a balmy night in August 2021 and surprised a worldwide audience of more than a billion fans with a famous victory.

But would the stunning opening night triumph prove to be a false dawn? How would the Bees – Just a Bus Stop in Hounslow – cope with the challenge of the Premier League where they would face clubs whose resources, squad depth, and quality dwarfed their own? Could a team that began the season without a single player who had started a Premier League match compete on a level playing field? Would Brentford’s revolutionary methods – under charismatic manager Thomas Frank – eye-pleasing play, and tactical nous be enough to ensure Premier League survival?

Written with the full co-operation of the club and including exclusive interviews with players and officials, Just a Bus Stop in Hounslow follows Brentford’s debut season at home – in their beautiful Brentford Community Stadium – and away, as they took on the 2021/22 season.

Detailing matches, rumours, signings and departures – including the arrival and impact of Christian Eriksen – and offering behind-the-scenes information plus historical insights, author Greville Waterman paints a fascinating picture of a club with an indelible bond, connection, and sense of unity with its supporters and local community.

Just a Bus Stop in Hounslow? Absolutely not!